Do you ever feel exhausted for no reason? Have you ever felt taken advantage of but didn’t like to say? Do you ever feel as if you don’t take care of yourself? Perhaps you are a selfless person who is simply giving too much?

What is a selfless person?

The clue is in the name. A selfless person thinks less of themselves and more of others. They tend to put others before themselves. It is literally – less of the self.

6 signs you are a selfless person

What makes some people selfless?

If you view selflessness purely from an evolutionary standpoint, then it makes sense. For early humans to survive, they needed to cooperate. As humans began to form social groups, sharing resources, information and knowledge were key to their survival.

In other words, acting in a selfless, not selfish nature. By acting in a prosocial way – the whole group benefits, not just the individual.

Interestingly, studies have shown that this prosocial behaviour differs across cultures. For example, in Kenya, 100% of children between 3-10 years old exhibited prosocial behaviour compared to just 8% in the US. This difference also relates to family dynamics. Prosocial children are linked to families where children were given household chores to complete and had mothers who went out to work.

So selflessness in people is not due to nature or nurture; it can be both.

But how does the selfless person benefit, if at all?

What’s in it for the selfless person?

We all know that familiar twinge of gratification that occurs when we drop a few coins in a charity box. Or when we donate clothes to a good cause. But what about extreme acts of selflessness where our own lives are put in danger? What’s in it for us then?

There are numerous cases of extreme acts of selflessness. Take the firefighters than ran into the Twin Towers on 9/11. Or strangers that donate a kidney, aware of the risks of surgery. Or the lifeboat volunteers that risk their lives every time they go out to sea.

Why would you put your life at risk for a stranger? It’s all to do with something called the benevolence pathway.

When a selfless person sees a stranger in evident pain or distress, it provokes either empathy or compassion.

Are you empathic or compassionate?

Empathy: Empathy is passive. When a selfless person feels empathy, they are mirroring the other persons’ pain and suffering. As such, the same areas of their brains are activated by fear and distress.

Constant exposure to fear and distress leads to burnout and even PTSD.

Compassion: Compassion is proactive. It involves you doing something to help. Because you are doing something, you don’t feel helpless. This helps to calm the feelings of distress and activates the reward system in our brains.

Selfless people not only help others but help themselves in the long run.

So being a selfless person not only benefits other people and society in general but the actual person acting selflessly. Sounds good; everybody wins. Well, as with all things, only in moderation.

The hidden dangers of being a selfless person

It’s easier to see the hidden dangers of being a selfless person if we imagine the two extremes of human behaviour.

The two extremes of human behaviour: the psychopath vs the zealous altruist

At one end, we have the extremely selfish human – the psychopath.

The psychopath puts their needs above everyone else. They have no empathy, compassion, are immune to fear, are manipulative, socially dominant with no feelings of remorse or guilt. The criteria for diagnosing a psychopath is the Psychopathy Checklist.

At the other end of the spectrum is the extremely selfless person. This person is known as the zealous altruist.

Can there ever be such a thing as too much empathy or a person who is too self-sacrificing? Unfortunately – yes.

When selflessness becomes pathological, that’s when it can become destructive and defeat the purpose.

It is analogous to a captain on an aeroplane giving their oxygen to the passengers so they can survive. For all of them to survive, the captain must be able to fly the aeroplane. So he needs the oxygen first.

In other words, to be able to give, you must have something to give in the first place.

There’s also the transactional nature of physics to consider if we want to get purely scientific. The Law of Thermodynamics states that in the process of transferring energy some of that energy will be lost. In other words, when you give, you also take away from somewhere else.

So in simple terms, if you are going to give, be prepared to lose something in the action of giving.

Extreme selfless behaviour is linked to certain disorders such as animal hoarding, battered spouses, and anorexia.

Animal hoarders see themselves as protectors and saviours of animals. However, they quickly become overwhelmed by the sheer number they have saved from the streets or the pound. Their homes become dirty, covered in filth and animal faeces, and with no food or money, these poor animals become diseased. They are often in a worse condition than before.

“You walk in, you can’t breathe, there are dead and dying animals present, but the person is unable to see it.” – Dr. Gary J Patronek

Battered spouses stay with abusive partners because they don’t view their needs as that important. They deny the abuse and persuade themselves that with enough self-sacrifice, their partners will overcome their demons.

Rachel Bachner-Melman is a clinical psychologist at Hadassah University Medical Center in Jerusalem, specialising in eating disorders. She sees daily the extreme empathy from the anorexic women on her ward.

But when it comes to their health, these tiny, tired skeletal figures deny that they even have any needs. This is the very definition of extreme selflessness – to deny yourself the sustenance to exist.

The world needs selfless people, as, without them, society would end up as an extremely selfish place. But what society doesn’t need are extreme altruistic zealots, who don’t recognise their own needs.

We all have needs and wants, and we are all entitled to them – within moderation.

8 Signs You Are Living in the Past & How to Stop 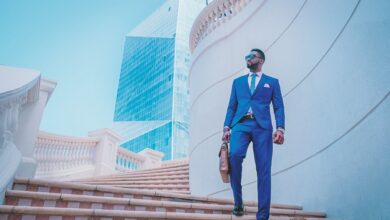 5 Reasons Why Intelligent People Are Bound by Insecurities 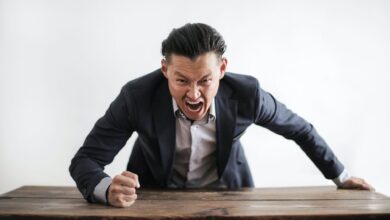 15 Signs of a Toxic Boss & How to Deal with Them 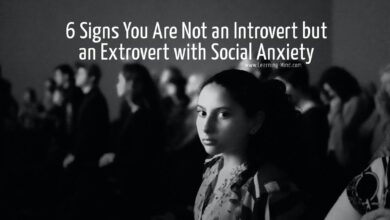 6 Signs You Are an Extrovert with Social Anxiety, Not an Introvert