Many of us have encountered bullies in our lifetime and we recognize the indicators. However, can you pinpoint the signs of cyberbullying?

Cyberbullying is sending intimidating messages or other forms of threatening communication through electronic devices as a form of bullying. These devices include smartphones, tablets, and computers. Intimidating messages can come through social media, forums, and even personal messages in form of text or images.

When someone is experiencing cyberbullying, they may not talk about it with you. Sometimes individuals, most often children and teens, are afraid of what may happen if they admit that someone is harassing them online. And this is why we must pay close attention to the people we care about.

What Are the Signs of Cyberbullying?

There will be subtle indicators that show that cyberbullying is present. These lesser signs of cyberbullying are sometimes difficult to notice. Considering that we spend so much time online, bullying behavior can seem like normal mischief, but it’s definitely not the case. Here are the lesser-known forms of cyberbullying.

One of the most common, but subtle forms of cyberbullying is sending intimidating messages. Messages that are rude aren’t always obvious. Honestly, with messages like this, you never know the true intention of the sender. And if these messages frighten you, then maybe you wonder whether the words will turn into actions.

Being afraid of online messages can cause long-term anxiety. And if no one is alerted to such cyberbullying behavior, it can sometimes cause serious emotional damage.

Another form of cyberbullying occurs when your private images are shared across a network. This could be any form of image that’s not intended to be public. For instance, if a photo is shared across social media without permission, this can cause feelings of violation. And if you request the removal of the image, and that request is ignored, it turns into bullying behavior.

Those new to social media may be unaware of the risks of posting private information online. This naivety can cause undue stress, which is why it’s important to understand how to post safely online. You may be sharing more information than you think.

Taking someone’s photo and sharing it elsewhere might seem harmless, and that’s why it’s a lesser form of cyberbullying. However, it is not harmless and is an invasion of privacy.

With some online games, cyberbullying runs rampant. In case you didn’t know, the phrase “rage gamer” is sometimes used to describe those individuals who get angry and aggressive during gameplay.

Unfortunately, some of the most horrific words get thrown around during online gaming, sometimes threats and harsh insults. If you’re a mother of a gamer, then maybe you’ve experienced this type of cyberbullying before. It’s not widely known and can be emotionally destructive.

While gossip is common, it can be unhealthy and cruel. This is especially true on social media, where it can run rampant without little evidence. One form of gossip can be seen in cryptic posts and among fake friends.

Gossip is especially heinous among friend groups who have the tendency to alienate one person, using lies and spreading sensitive secrets. Yes! This is also cyberbullying, as spreading misinformation can cause serious problems that go far beyond the social media stage.

Did you know that cyberbullying goes far beyond insults in messages? Cyberbullies create entire websites to degrade one person. These websites aim to insult, humiliate, and ruin someone’s reputation.

If someone you know dislikes you, don’t be surprised by the effort they make in destroying your reputation in this manner. And truth be told, sometimes you haven’t done anything wrong to deserve this hurtful and potentially life-changing treatment. As with other crimes, cyberbullying of this caliber may just be entertaining to some people.

Cyber-hacking is another lesser-known form of bullying. Hacking is when the target’s account is compromised and used to spread negative information. Here’s an example:

The hacker can break into your account and pretend to be you and then send horrible messages to your friends, share your private information, and even spread your images across social platforms. The damages from this type of cyberbullying are almost unthinkable.

Cyberbullies will also pretend to be other people. They will attempt to fool you by making conversation. Unfortunately, by the time you discover the truth, it’s already too late. Your information is already out in the world and available for any internet user.

Protect yourself against cyberbullying

Cyberbullies don’t have to win. There are several ways to protect against cyberbullying. It’s always a great idea to create strong passwords for all your accounts and remember to change these passwords every six months or so.

If bullying occurs on gaming forums or platforms, avoid toxic environments that may harm your mental health. For parents of children experiencing cyberbullying, monitoring the time spent online and which sites your child visits will be helpful.

Cyberbullying is most common with:

Statistics show that over 40% of children have been bullied online, with 21% receiving threatening emails. To top that, at least 75% of children have visited websites intent on bullying other children, and over 50% have engaged in chat room bullying tactics. It’s truly disturbing to learn just how much cyberbullying has flown under the radar.

Cyberbullying can cause damage that may be easily overlooked.  Regardless, it’s become a national health concern among children and teens. Cyberbullying also affects adults in much the same way. There are indicators to watch out for if you suspect your loved one is being bullied.

How can we change the future?

The signs of cyberbullying may be challenging to see, and it may even be harder to notice when someone is suffering. However, with these tips, you can either stay one step ahead of bullies and prevent future damage or be ready to repair any damages.

When cyberbullying happens to you or to someone you love, don’t panic. Respond accordingly with changes and report all instances of cybercrime as soon as it happens.

No one should remain a victim, and cyberbullying should be stopped.

6 Examples of Double Standards in Relationships & How to Handle Them 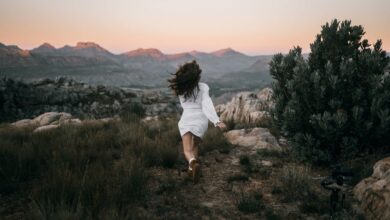