There is a merry jangle of bells in the air, an all-pervading sense of jester’s noise, and the flaunting vividness of royal colours. The streets swarm with humanity,–humanity in all shapes, manners, forms, laughing, pushing, jostling, crowding, a mass of men and women and children, as varied and assorted in their several individual peculiarities as ever a crowd that gathered in one locality since the days of Babel.

It is Carnival in New Orleans; a brilliant Tuesday in February, when the very air gives forth an ozone intensely exhilarating, making one long to cut capers. The buildings are a blazing mass of royal purple and golden yellow, national flags, bunting, and decorations that laugh in the glint of the Midas sun. The streets are a crush of jesters and maskers, Jim Crows and clowns, ballet girls and Mephistos, Indians and monkeys; of wild and sudden flashes of music, of glittering pageants and comic ones, of befeathered and belled horses; a dream of colour and melody and fantasy gone wild in an effervescent bubble of beauty that shifts and changes and passes kaleidoscope-like before the bewildered eye.

A bevy of bright-eyed girls and boys of that uncertain age that hovers between childhood and maturity, were moving down Canal Street when there was a sudden jostle with another crowd meeting them. For a minute there was a deafening clamour of shouts and laughter, cracking of the whips, which all maskers carry, a jingle and clatter of carnival bells, and the masked and unmasked extricated themselves and moved from each other’s paths. But in the confusion a tall Prince of Darkness had whispered to one of the girls in the unmasked crowd: “You’d better come with us, Flo; you’re wasting time in that tame gang. Slip off, they’ll never miss you; we’ll get you a rig, and show you what life is.”

And so it happened, when a half-hour passed, and the bright-eyed bevy missed Flo and couldn’t find her, wisely giving up the search at last, she, the quietest and most bashful of the lot, was being initiated into the mysteries of “what life is.”

Down Bourbon Street and on Toulouse and St. Peter Streets there are quaint little old-world places where one may be disguised effectually for a tiny consideration. Thither, guided by the shapely Mephisto and guarded by the team of jockeys and ballet girls, tripped Flo. Into one of the lowest-ceiled, dingiest, and most ancient-looking of these shops they stepped.

“A disguise for the demoiselle,” announced Mephisto to the woman who met them. She was small and wizened and old, with yellow, flabby jaws, a neck like the throat of an alligator, and straight, white hair that stood from her head uncannily stiff.

“But the demoiselle wishes to appear a boy, un petit garcon?” she inquired, gazing eagerly at Flo’s long, slender frame. Her voice was old and thin, like the high quavering of an imperfect tuning-fork, and her eyes were sharp as talons in their grasping glance.

“Mademoiselle does not wish such a costume,” gruffly responded Mephisto.

“Ma foi, there is no other,” said the ancient, shrugging her shoulders. “But one is left now; mademoiselle would make a fine troubadour.”

“Flo,” said Mephisto, “it’s a dare-devil scheme, try it; no one will ever know it but us, and we’ll die before we tell. Besides, we must; it’s late, and you couldn’t find your crowd.”

And that was why you might have seen a Mephisto and a slender troubadour of lovely form, with mandolin flung across his shoulder, followed by a bevy of jockeys and ballet girls, laughing and singing as they swept down Rampart Street.

When the flash and glare and brilliancy of Canal Street have palled upon the tired eye, when it is yet too soon to go home to such a prosaic thing as dinner, and one still wishes for novelty, then it is wise to go into the lower districts. There is fantasy and fancy and grotesqueness run wild in the costuming and the behaviour of the maskers. Such dances and whoops and leaps as these hideous Indians and devils do indulge in; such wild curvetings and long walks! In the open squares, where whole groups do congregate, it is wonderfully amusing. Then, too, there is a ball in every available hall, a delirious ball, where one may dance all day for ten cents; dance and grow mad for joy, and never know who were your companions, and be yourself unknown. And in the exhilaration of the day, one walks miles and miles, and dances and skips, and the fatigue is never felt.

In Washington Square, away down where Royal Street empties its stream of children great and small into the broad channel of Elysian Fields Avenue, there was a perfect Indian pow-wow. With a little imagination one might have willed away the vision of the surrounding houses, and fancied one’s self again in the forest, where the natives were holding a sacred riot. The square was filled with spectators, masked and un-masked. It was amusing to watch these mimic Red-men, they seemed so fierce and earnest.

Suddenly one chief touched another on the elbow. “See that Mephisto and troubadour over there?” he whispered huskily.

“I don’t know the devil,” responded the other, quietly, “but I’d know that other form anywhere. It’s Leon, see? I know those white hands like a woman’s and that restless head. Ha!”

“But there may be a mistake.”

“No. I’d know that one anywhere; I feel it is he. I’ll pay him now. Ah, sweetheart, you’ve waited long, but you shall feast now!” He was caressing something long and lithe and glittering beneath his blanket.

In a masked dance it is easy to give a death-blow between the shoulders. Two crowds meet and laugh and shout and mingle almost inextricably, and if a shriek of pain should arise, it is not noticed in the din, and when they part, if one should stagger and fall bleeding to the ground, can any one tell who has given the blow? There is nothing but an unknown stiletto on the ground, the crowd has dispersed, and masks tell no tales anyway. There is murder, but by whom? for what? Quien sabe?

And that is how it happened on Carnival night, in the last mad moments of Rex’s reign, a broken-hearted mother sat gazing wide-eyed and mute at a horrible something that lay across the bed. Outside the long sweet march music of many bands floated in as if in mockery, and the flash of rockets and Bengal lights illumined the dead, white face of the girl troubadour.

By the Bayou St. John by Alice Dunbar-Nelson

Pierrot, Dog of Belgium by Walter A. Dyer 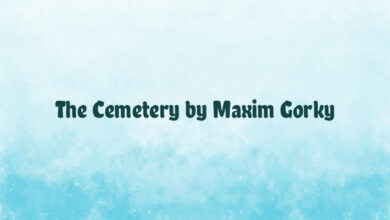 The Cemetery by Maxim Gorky 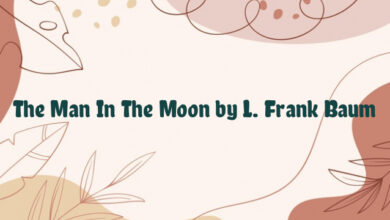 The Man In The Moon by L. Frank Baum 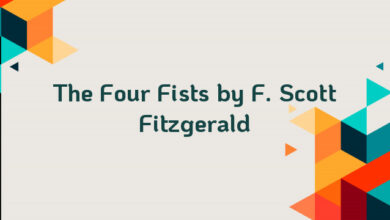 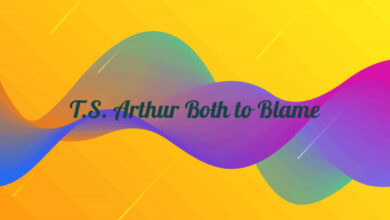 T.S. Arthur Both to Blame