A Star in a Stone-boat, for Lincoln MacVeagh, is featured in New Hampshire, A Poem; with Notes and Grace Notes, 1923. Frost won the Pulitzer Prize for New Hampshire in 1924.
Never tell me that not one star of all
That slip from heaven at night and softly fall
Has been picked up with stones to build a wall.

Some laborer found one faded and stone cold,
And saving that its weight suggested gold,
And tugged it from his first too certain hold,

He noticed nothing in it to remark.
He was not used to handling stars thrown dark
And lifeless from an interrupted arc.

He did not recognize in that smooth coal
The one thing palpable besides the soul
To penetrate the air in which we roll.

He did not see how like a flying thing
It brooded ant-eggs, and had one large wing,
One not so large for flying in a ring,

And a long Bird of Paradise’s tail,
(Though these when not in use to fly and trail
It drew back in its body like a snail);

Nor know that he might move it from the spot
The harm was done; from having been star-shot
The very nature of the soil was hot

And burning to yield flowers instead of grain,
Flowers fanned and not put out by all the rain
Poured on them by his prayers prayed in vain.

He moved it roughly with an iron bar,
He loaded an old stone-boat with the star
And not, as you might think, a flying car,

Such as even poets would admit perforce
More practical than Pegasus the horse
If it could put a star back in its course.

He dragged it through the ploughed ground at a pace
But faintly reminiscent of the race
Of jostling rock in interstellar space.

It went for building stone, and I, as though
Commanded in a dream, forever go
To right the wrong that this should have been so.

Yet ask where else it could have gone as well,
I do not know—I cannot stop to tell:
He might have left it lying where it fell.

From following walls I never lift my eye
Except at night to places in the sky
Where showers of charted meteors let fly.

Some may know what they seek in school and church,
And why they seek it there; for what I search
I must go measuring stone walls, perch on perch;

Sure that though not a star of death and birth,
So not to be compared, perhaps, in worth
To such resorts of life as Mars and Earth,

Though not, I say, a star of death and sin,
It yet has poles, and only needs a spin
To show its worldly nature and begin

To chafe and shuffle in my calloused palm
And run off in strange tangents with my arm
As fish do with the line in first alarm.

Such as it is, it promises the prize
Of the one world complete in any size
That I am like to compass, fool or wise.

Tags
A Star in a Stone-boat Robert Frost

A Time to Talk by Robert Frost

Asking for Roses by Robert Frost 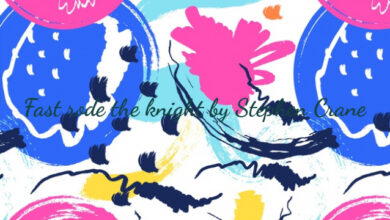 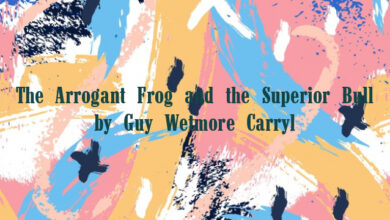 The Arrogant Frog and the Superior Bull by Guy Wetmore Carryl 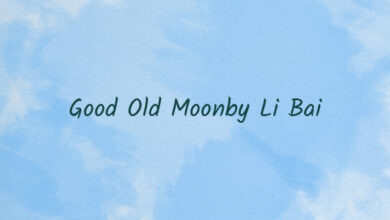