What would you do for love? We all say outrageous things sometimes to our loved ones. We promise them heaven and earth, and that we couldn’t possibly live without them. But for Blanche Monnier, love meant living alone, locked in an attic for 25 years.

You see, Blanche fell in love with a man her mother disliked. In fact, Madame Monnier hated this man so much that she locked her daughter up in a tiny attic room. Blanche had a choice. Change her mind about this potential suitor, or, stay in the attic.

Blanche chose the attic, for 25 years.

So who was this determined young lady?

Who was Blanche Monnier?

Blanche was born in March 1849, in Poitiers, France to an old, well-established bourgeoisie family. Her mother was strict and conservative in attitude. But Blanche was a beautiful girl, and, as she got older, she attracted the attention of many men, eager to offer their hand in marriage.

In 1874, one man, in particular, caught Blanche’s eye, an older man, a lawyer. But he didn’t meet her mother’s exacting standards.

Madame Monnier is reported to have said Blanche was not going to marry a ‘penniless lawyer’. She forbade Blanche to see him and did everything in her power to stop the relationship from progressing. She cajoled, pleaded, reasoned, threatened, and tried bribery. But nothing worked.

Blanche was a determined young woman and defied her mother whenever she could. Blanche Monnier was in love and, despite her mother’s protestations, continued to see her lover.

This infuriated her mother so much that she decided there was only one thing she could do – lock her away until she saw reason.

Locked away for love for 25 years

So she forced Blanche into a small attic room, where she was given a choice. She could forget all about her inappropriate romance with the poor lawyer, or she would stay in the attic.

Blanche Monnier believed in love. She told her mother that she would never give up her true love. And so there she stayed. For 25 years.

At first, Madame Monnier thought that Blanche would relent and see that her mother only wanted the best for her daughter. But as time went on, it became clear that this was a battle of wills. Neither woman was about to back down.

Days turned into weeks, weeks turned into months and before they knew it, years had passed. To explain away her absence, Madame Monnier and Marcel, her brother, told friends and relatives that Blanche had simply disappeared.

To the outside world, they seemed distraught and grieved the loss of their daughter and sister. But as time went on, so gradually, everyone began to get on with their lives. Blanche was forgotten.

But of course, she hadn’t disappeared. Whilst Blanche languished in a prison of her mother’s making, the years slowly ticked by. Blanche was fed scraps from the dining table when her mother and brother remembered to feed her.

Sadly, the lawyer for who Blanche had made the ultimate sacrifice, died in 1885, ten years after her imprisonment. Blanche never knew and tragically was to spend another 15 years incarcerated in the most intolerable conditions.

Then in May 1901, the Paris Attorney General received an anonymous letter stating:

“Monsieur Attorney General: I have the honor to inform you of an exceptionally serious occurrence. I speak of a spinster who is locked up in Madame Monnier’s house, half-starved and living on a putrid litter for the past twenty-five years – in a word, in her own filth.”

At first, the Paris officials were reluctant to believe such outrageous claims. After all, Madame Monnier was a respected member of the noble classes in Parisian society.

Should they take such an outlandish story seriously? This was an aristocratic family the letter was accusing.

Police decided to investigate the matter. However, when they arrived at Madame Monnier’s house, she would not allow them to enter. Officials broke down the door and gained access to the attic room. Here they found Blanche Monnier, or, someone resembling Blanche.

The once beautiful French socialite was now skin and bones. Blanche weighed a mere 25kg (55lbs). She was lying on a straw mattress, covered in her own excrement and mouldy food.

“The unfortunate woman was lying completely naked on a rotten straw mattress. All around her was formed a sort of crust made from excrement, fragments of meat, vegetables, fish, and rotten bread…We also saw oyster shells, and bugs running across Mademoiselle Monnier’s bed.

The air was so unbreathable, the odor given off by the room was so rank, that it was impossible for us to stay any longer to proceed with our investigation.”

Madame Monnier was interviewed by the police alongside her son Marcel. Blanche, despite her torturous ordeal, appeared calm and was treated at a nearby hospital.

Mother and son are charged

Mother and son denied any wrongdoing, stating that Blanche chose to live in the attic and that she could have left at any time. She was never a prisoner. But officials did not believe them.

The pair were charged with unlawful imprisonment and sent to jail. But in a final twist, Madame Monnier fell ill 15 days into her sentence and died.

Marcel, a lawyer himself, appealed the charges and was cleared.

As for Blanche Monnier, she never recovered from her 25-year ordeal. She was now 50, a husk of a woman, with severe mental trauma, who had been denied her youth and the prime of her life.

She had lost everything and could not cope with everyday society. During her time living in the attic in her own filth, and perhaps not surprisingly, she had developed some disturbing habits, including coprophilia.

Blanche lived out her life in a psychiatric hospital where she died in 1913.

Blanche Monnier’s treatment is difficult to understand in today’s modern world. What we can admire is her sheer determination to fight for the right to marry the man she loved.

5 Things That Happen When You Call Out a Narcissist 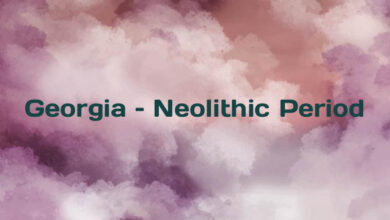 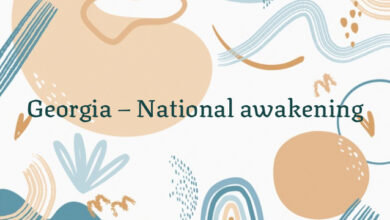 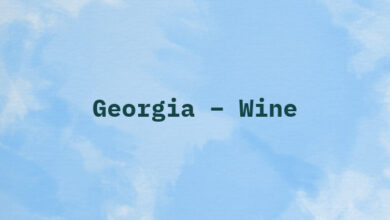 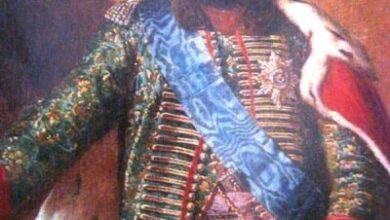 Annexation of Georgia by the Russian Empire