Zero symbolizes nothingness and emptiness. You are experiencing a void in your life. The symbol may also share the same significance as a circle and thus denotes infinity, eternity, completeness, absolute freedom and holiness. Alternatively, the dream forewarns that you are going around in circles and headed nowhere. Perhaps your actions have been counterproductive. It also represents timelessness and the super-conscious.

One stands for individuality, autonomy, leadership, originality, confidence and the ego. To be number one means that you are a winner and the best. Alternatively, one signifies solitude or loneliness. It also stands for a higher spiritual force.

Two stands for balance, diversity, partnership, marriage cooperation, soul, or receptivity. It can also symbolize double weakness or double strength. The world is seen as being made up of dualities and opposites, as in the male and female, mother and father, light and dark, heaven and hell, yin and yang, etc.

Three signifies life, vitality, inner strength, completion, imagination, creativity, energy, self-exploration and experience. Three stands for a trilogy, as in the past, present, and future or father, mother, and child or body, mind, and soul, etc.  Dream of the number three may be telling you that the third time is the charm.

Four denotes stability, physical limitations, hard labor and earthly things, as in the four corners of the earth or the four elements (earth, wind, fire and water). It also stands for materialistic matters and how you get things done. Alternatively, the dream may be a pun on being “for” a position. In Asian cultures, the number four is a metaphor for death.

Five represents your persuasiveness, spontaneity, boldness, daring nature, action, and humanity. The number five represents the five human senses and thus may be telling you to be more “sensitive” and be more in tune to your senses. Alternatively, the  number five may reflect a change in your path or that you need to alter your course. It is also the link between heaven and earth.

Six is indicative of cooperation, balance, tranquility, perfection, warmth, union, marriage, family, and love. Your mental, emotional, and spiritual states are in harmony. It is also indicative of domestic bliss.

Seven signifies mental perfection, healing, completion, music and attainment of high spirituality. The number seven may also refer to the seven deadly sins, the seven days of the week, or seven chakras. Alternatively, the number seven indicates uniqueness and eccentricity.

Eight stands for power, authority, success, karma, material gains, regeneration, and wealth. When the number eight appears in your dream, trust your instincts and intuition. Alternatively, the number eight may be a pun on “ate”. Perhaps there is some information that you need to digest.

Nine denotes completion, closure, rebirth, inspiration, and reformation. You are on a productive path, seeking to improve the world. The number nine also symbolizes longevity.

Ten corresponds to closure, great strength, and gains. It also refers to  the law or to the ten commandments.

Eleven stands for intuition, mastery in a particular domain, spirituality, enlightenment, and capacity to achieve.  It is symbolic of your creativity and your vision. Since the number 11 is represented by two parallel lines, then it may represent two individuals or a partnership. If you turn the 11 on its side, then it symbolizes the equal sign. Perhaps you are looking for some balance and equality.

Thirteen is a paradoxical number which means death and birth, end and beginning, and change and transition. It is symbolic of obstacles that are standing on your way and that you must be overcome. You must persevere and work hard and persevere in order to succeed and reach your goals.  To many, the number thirteen represents bad luck.

The number fourteen signifies the unexpected and your need to adapt to ever-changing circumstances. It is also symbolic of overindulgence and how you are giving too much into your desires. You need to show more restraint and maintain focus on your goals.

Fifteen represents a dissolution of difficult conditions. Your problems will soon disappear.

Sixteen symbolizes innocence, naiveté, vulnerability, and tenderness. It also indicates some spiritual cleansing and destruction of the old and birth of the new. Alternatively, the dream may represents a coming of age for you. Consider the significance of “sweet sixteen”.

Eighteen symbolizes the conflict between materialism and spirituality. It also warns of treachery, deception, lies, and selfishness. Alternatively, being eighteen means your gateway to adulthood and the responsibilities that go along with it.

Nineteen indicates independence and the overcoming of personal struggles. You will find that you often have to stand up for yourself. This number also suggests your stubbornness and you hesitance in accepting help from others.

The number twenty indicates that you are in need of support. Perhaps you are feeling withdrawn and isolated. The dream may signify having 20:20 vision. You are seeing something more clearly now.

The number twenty-one represents a turning point in your life and your full transition into adulthood. It is also associated with the responsibilities that you need to own up to. Alternatively, twenty-one suggests that you will be lucky at a game of blackjack.

Twenty-Two denotes your mental capacity and knowledge. It also indicates that you need to be more goal-oriented and practical.

The number twenty-three implies that you are a people pleaser. It also indicates that you have lofty and/or unrealistic goals. You may be too idealistic in your beliefs and thinking.

The number twenty-four symbolizes rewards, happiness, love, money, success and creativity. It also refers to your associations with people of high position and power. The number may be telling you that you are being too arrogant in love or in success. Alternatively, the number twenty-four may imply time, as in 24 hours or all day.

To see the number twenty-five in your dream indicates that it is time to move on from a problem or issue. You need to s dwelling on things.

Twenty-Six symbolizes the earth and karma.

Seeing the number twenty-seven in your dream refers to unconditional love and commitment.  You give all you can to help others.

Twenty-Eight signifies easy money. It may also share the same significance as the number 10.

If the number twenty-nine appears in your dream, then it involves your relationships and working together as a team. You need to trust and depend on each other.

The number thirty implies superficiality. You or someone is not being genuine with their feelings.

The number thirty-two implies that you are emotionally numb.

The number thirty-four refers to your perseverance and intellect. You have learned from your past mistakes and experiences.

Dreaming about the number thirty-five means you are set in your ways. It can also refer to a lack of harmony in your waking life.

The number thirty-six refers to you inhibitions.

Forty denotes that time is on your side. It is a period of cleansing, preparation and growth.

Forty-two relates to the attraction of opposites.

The number 43 represents your need to do things in a certain way and by a certain time. You like to follow the rules.

Forty-four refers to a sacred union or divine marriage.

Forty-nine signifies reality. It is time to face the truth.

Fifty stands for all that is holy. It also represents joy and celebration. Alternatively, the dream represents your fair share of something, as in 50:50.

This number is associated with time. It may refer to time running out or longevity.

Seventy signifies completeness and perfection. You are enjoying life.

Dreaming about the number 76 suggests that your ideas or plans will come to fruition. Your hard work and dedication will pay off. This number is also symbolic of your spirituality.

The number eighty in your dream points to success and realization of your goals. You are moving ahead in life.

The number ninety-nine implies that there is some misunderstanding in your personal relationship.

One-hundred implies perfection as in 100%. Appearance of this number in your dream also means that you need to give it your all in whatever you do.

Seeing the number 111 in your dream points to your motivation, independence, strength and successes. You are also a source of inspiration for others. The dream also indicates that you are quickly realizing your goals.

If the number 333 appears in your dream, then it means that you are looking for guidance. You have lost your way and need help to get back on the right track.

Dreaming of the number 555 indicates that you are undergoing a major transformation and making a life changing decision.

To see or hear the number 608 in you dreams indicates that you are moving on the right path in your life.  The number serves as reaffirmation that you are making the correct decision when it comes to your personal and/or work life.

To see the digits 666 in your dream represents the devil and all things evil. Its appearance in your dream may point to some illicit activity or some wrong doing.

To see the number 777 in your dream symbolizes luck and perfection. Things are going in your favor. Alternatively, it is referred to as the number of God. You will overcome evil.

The appearance of this number in your dream, symbolizes an emergency. You need not be afraid to ask for help. There is an important lesson to be learned from in your dream.

To dream that you call 911 and no one answers or that you are put on hold suggests that you are being taken for granted by some authority figure in your life. Alternatively, the dream is like a wake up call where something you didn’t think was important or urgent actually requires your immediate attention.

When you see the numbers 1046 in you dream, it indicates that you are looking for guidance toward the correct path.

If the digits 1047 appear in your dream, then it means that you are experiencing a setback or obstacle toward your goals. The dream is also telling you to find a new approach. 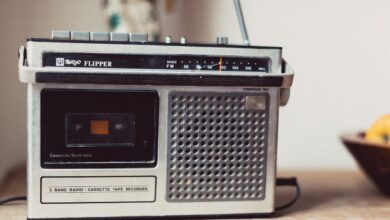 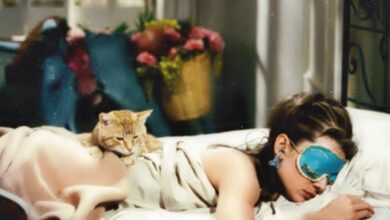 14 Common Dreams and What They Really Mean 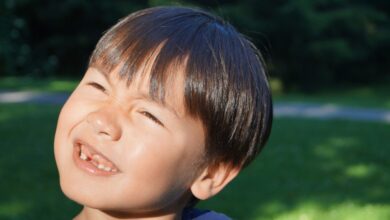 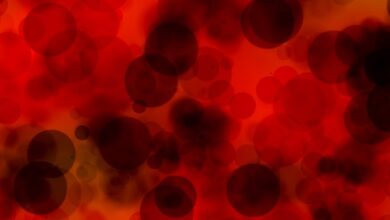