It’s a very long time that a human lives on the territory of Georgia. Here, near town Dmanisi, was found the remainder of the fossil human (Homo ex gr. erectus) the age of which is Plio-Pleistocene (approximately 1,8 million years). Nowadays this is the oldest fossil man in West Euroasia. During the Stone Age human gradually mastered the whole territory of Georgia. Already in the Acheul epoque (appr. 400-100 thousands years ago), the old dwellings are found as near the Sea, as in the internal regions of the country and in the highland zone of Georgia.

Approximately 6-7 thousands years ago people on the territory of Georgia began to use as the instruments not only the stone but the metals as well. And in the IV-III mill. B.C. the ancestors of Georgians learned to get and use the bronze. In the middle of the Bronze Age (the first half of the II mill. B.C.) there existed the strong unions of tribes on the territory of East Georgia. In the big excavations on the Trialeti Plateau, where the leaders of those unions used to be buried, are found as the bronze instruments and the earthenware pottery, but also the amazing examples of the Goldsmith Art.

Georgian origin belongs to the Paleocaucasian (or Caucasian) Ethnolinguistic Family, the representative people of which are the direct descendents of the oldest population of Caucasus. This Family is divided into three branches: 1) Western, or Abkhaz-Adighian; 2) Eastern, or Chechen-Dagestanian and 3) Southern, or Kartvelian. Appropriately, Western branch unifies modern Abkhazians, Abazians, Adighians, Cherkezians and Kabardians; Eastern branch – Chechenians, Ingushs and Dagestanians (Avarians, Lezgians, Darguelians, Laks and etc.); and Kartvelian is represented by Georgian people, which consist of three main subethnical groups – Karts, Zans or Mengrel-Chans and Svans. Division of the previous Kartvelian language into Georgian, Zanian and Svanian branches begins in the III-II mill. B.C.

In that epoch the Georgian tribes dwelled as on the big territory of modern Georgia, also in the regions of North-East Anatolia. At the end of the II mill. B.C. and at the beginning of the I mill. B.C. some of those tribes reached the threshold of the creation of the Country. In the XII cen. B.C. at the sources of rivers Chorokhi and Euphrates the early-class union Diaukhi was created. The population of Diaukhi had to hold hard struggles against the strong kingdoms of the Front Asia – Asuria and Urartu. In the IX-VIII cen. B.C. Urartu destructed and conquerred Diaukhi. After that the kings of Urartu began the wars against the Second Georgian Union on the Bank of the Black Sea – Kolkha. Kolkha must have been that strong Kolkhidian Kingdom, the glory and brilliancy of which was so obviously depicted in the old Greek Legend about Argounauts. In the 30-20 years of the VIII cen. B.C. this early Kolkhidian Kingdom was destructed by the Kimirians from North.

In the VII-VI cen. B.C. the Kolkhidian State was revived again. The center of this new Kingdom must have been on the river Rioni (old Phazisi). The basis of this period’s Kolkhida was the developed agriculture, cattle-breeding and the iron metalurgy. On the basis of the internal developing, on the Rioni Valley was created the city-like settlements. In the VI-III cen. B.C. here began the process of minting of silver coins for the internal market.

From the VI cen. B.C. trade and other relations of Kolkhida with the Greek World were widening. Soon on the Black Sea coast appeared city-colonies of Greeks – Phasises (near Poti), Gienoses (Ochamchire), Dioskuria (Sukhum) and others.

In the IV-III cen. B.C. the Kingdom of Kolkhida was gradually weakening and at last it was destroyed. Its Eastern Regions entered the new-created, Eastern-Georgian Kingdom, Iberia.

Facebook Notice for EU! You need to login to view and post FB Comments!
Tags
Early Ancient Georgia George Anchabadze Georgia till the end of the III cen. B.C.

Mongol invasion and decline of the Georgian Kingdom

Mongol invasion and decline of the Georgian Kingdom 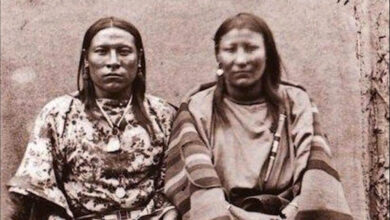 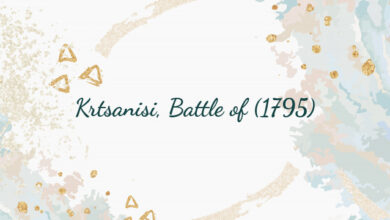