I was born on October 27 (o. s.) 1837 in the village of Kwareli (*1), in the district of Telavi, in the province of Tiflis in the region comprising also the district of Signakh, called Cakheti. My father (Grigol) was a man of some education, he served as an officer in the Nizhegorod dragoons and had a good knowledge of the Russian language.

My mother was remarkable for her intimate acquaintance with the Georgian literature of her day, she knew almost by heart nearly all the poetry and all the ancient tales and stories then to be found in manuscript and print. She loved to read in the evenings to us her children stories and tales, and after reading would tell them over again in her own words and in the next evening whoever  of  us  repeated  best  what  he  had  heard  the  night  before  was  rewarded  by  her  praise,  which we greatly prized.

I  began  my  studies  by  learning  my  native  Georgian  language  with  the  deacon  of  the  parish at the age of eight. This deacon was distinguished for his knowledge of Georgian; he was famous  as  a  good  reader  of  the  holy  books  and  was  especially  gifted  with  the  fascination  of  a  splendid narrator. His stories, suited to the childish comprehension in form and substance, dealt with separate episodes of the religious, but more particularly the civic history of our country and consisted of narrations of various heroic exploits in defence of the faith and fatherland. Many of these  tales  left  an  impression  on  my  memory  and  served  me  many  years  afterwards  as  subjects  for  a  poem,  “Dimitri  the  Self-sacrificing”  and  a  short  Christmas  story.  Some  passages  in  my  Story of a Beggar exhibitmarks of this influence. I learned my lessons at the deacon’s with the peasant children of my native village, of whom there were only five or six as far as I recollect. We  all  lived  at  home  and  only  came  from  morning  till  midday.  So  far  as  I  remember  we  only  spent an hour a day learning to read and write, and all the rest of the time till noon was spent in games  under  the  supervision  and  guidance  of  the  deacon,  and  especially,  in  listening  to  his  alluring stories.

In  my  eleventh  year  my  father  took  me  to  Tiflis  and  sent  me  to  Raevski  and  Hacke’s  boarding-school,  then  the  best  of  all  the  private  schools  in  Tiflis.  I  was  fifteen  when  from  this  Boarding-school I proceeded to the fourth class in the Tiflis Grammar School, still remaining as a boarder in the former house, which was now managed by Hacke alone.

Hacke  was  a  German,  a  thoroughly  educated  man  in  every  way.  He  had  been  engaged  from Germany by Neidhart, who was at that time commander of the detached Caucasian Corps, for  the  education  of  his  children,  and  after  the  termination  of  his  engagement  with  Neidhart  he  opened a boarding school with Raevski who had been previously engaged in educational work in Tiflis. Hacke, though, strict and exacting, was so paternally attentive to his pupils, so painstaking and anxious for their moral and intellectual development, that he devoted to then nearly all, his time  after  school  hours,  conversing  with  them,  diverting      them  with  music,  giving  them  improvised concerts on the pianoforte, which he played to perfection.

Having  gone  through  the  eighth  class  of  the  Grammar  School  and  not  passed  the  final  examination in 1857 I entered the University of St. Petersburg as a student of the then-existing cameral  section  of  the  Faculty  of  Jurisprudence,  and  in  1861,  when  I  was  in  my  fourth  year  of  residence, I left the University in consequence of the so-called “Student Affair” (political) of that period.

In 1863 I founded the journal “Sakarthvelos Moambe” (Georgia’s Messenger) which only lasted a year. In the same year 1863 I married Princess Olga Guramishvili.

At the beginning of 1864, when the reform for the liberation of the peasants in the district of the Viceroy of the Caucasus was planned, I was sent to act in the province of Kutais as official private  Secretary  to  the  Governor  General  of  Kutais,  in  order  to  determine  the  nature  of  the mutual relations between landlords and peasants arising from the servile dependence of the latter on the former.

In  November  of  the  same  year,  1864,  the  liberation  of  the  peasants  from  servile  dependence had already been effected in the province of Tiflis and I was appointed Arbitrator of the Peace in the Dushet district of the province of Tiflis and in that office I remained down to the year  1868,  when  upon  the  introduction  of  the  new  judicial  organization  in  the  Caucasus  I  was  given  the  office  of  Justice  of  the  Peace  in  the  same  district  of  Dushet.  In  this  latter  office  I  remained  till  1874.1  think  it  may  not  be  superfluous  to  remark  here  that  the  nobility  of  the  province  of  Tiflis,  having  received  on  the  abolition  of  servile  dependence  an  imperial  grant  for  the personal liberation of the peasants, a part of this grant was allotted for the establishment of a credit  institution,  capable  of  meeting  the  need  for  a  regularly  organized  system  of  credit,  and  especially  with  the  proviso  that  its  profits  should  be  exclusively  devoted  to  the  education  and  instruction of the children of the nobility of the province of Tiflis. After much hesitation in this search for a suitable form of credit institution, the nobility in 1874, on my advice, decided upon the  establishment  of  a  Land  Bank  and  entrusted  a  special  Committee,  of  which  I  was  elected  a  member, to draw up the statute .The statute formulated by the committee in accordance with the models supplied by the Government for their guidance and passed in the same year 1874 by the nobility  differs  from  all  other  statutes  of  land  banks  in  this  noteworthy  peculiarity,  that  all  the  profits of the Bank, excluding the obligatory deductions on account of sundry capital sums, are applied  to  the  satisfaction  of  the  common  needs  not  only  of  the  landowning  nobility  but  of  the  agricultural  population  of  the  province  of  Tiflis.  Thus,  the  Land  Bank  of  the  Tiflis  Nobility  is  probably  the  only  agrarian  credit  institution  in  all  the  Russian  Empire  whose  statute  entirely  eliminates the personal interest of gain for the sake of attaining aims of a social character.

In  the  same  year  1874  the  nobility  commissioned  me  to  proceed  to  St.  Petersburg  and  procure the confirmation of the statute they had passed and in consequence of this I retired from the Government Service.

In  1877  I  founded  a  weekly  Georgian  newspaper  “Iveria”,  which  afterwards  became  a  monthly magazine, and from 1885 a daily political and literary paper. In 1902 I handed over the paper to another person who now edits it.

Of my works in translations by various hands there are in Russian only some short verses and  one  poem  “The  Hermit”  in  Mr.  Tkhorzewsky’s  version.  The  Russian  translations  of  my  verses  are  partly  comprised  in  a  separate  collection  published  in  Tiflis,  and  partly  appeared  in  “Russkaya Mysl”, “Zhivopisnoe Obozrenie” “Viestnik Evropy” and I forget where else.

My  poem  “The  Hermit”  was  translated  into  English  (verse)  by  Miss  Marjory  Wardrop  and  also  into  French  (prose).German  translations  of  some  of  my  short  pieces  in  verse  were  put  into the collection first published at Leipzig in 1886 by Arthur Leist under the title “Georgesche Dichter”  and  re-issued  at  Dresden  in  1900.  Critical  notices  duly  appeared  in  the  local  Russian  newspapers “Kavkaz” and “Novoe Obozrenie”, and as well as I can recollect, in the metropolitan journals “Russkaya Mysl” and “Zhivopisnoe Obozrenie”, also in another Moscow periodical the name of which, to my regret I have forgotten.

In  1877  I  was  elected  Vice  President  of  the  Imperial  Agricultural  Society  and  held  that  office for some time, and I was elected President of the Georgian Dramatic Society from 1881 to 1884.  I  am  President  of  the  Society  for  the  Propagation of Literacy among the Georgians since 1886, I was member of the committe of the Society of the Nobility of the province of Tiflis for the  Assistance  of  Necessitous  Scholars.  I  have  taken  part,  whether  by  invitation  or  election,  in  almost all committees charged with the …

In  addition  to  these  literary  works  I  have  written  many  short  articles  of  political  journalistic,  critical  and  polemical  character,  also  articles  on  educational  questions.  Among  the  most bulky of the journalistic publications may be mentioned “The Khizan Question”, “Life and Law”, “Concerning Brigandage in Transcaucasia”. Of the critical and polemical articles may be mentioned two which were printed as feuilletons in “Iveria”: “And You Call that History?!” (on Rustaveli) and “Armenian Savants and Outcrying Stones” the last of these recently appeared in a ussian translation and caused much ado in the local Armenian press.

Of  the  edition  of  my  complete  collected  works  undertaken  by  the  local  Georgian  Publishing Society, so far 4 volumes have appeared out of the proposed 10 or 12 volumes. The volumes already published include verses, tales, stories and dramatic sketches.


(*1) The translator’s style and spelling of Georgian and Russian names are preserved intact.

The book features some works of Ilia Chavchavadze translated into English by brother and sister Oliver and Marjory Wardrop. The translations have not lost their literary value to the present day. The publication is intended as a gift to the Georgian reader in connection with the 150th anniversary celebrations of the birth of the outstanding Georgian writer and public figure. Text prepared for publication, with a preface and notes by Ia Popkhadze. Edited by Dr. Guram Sharadze.

The special interest shown by, Marjory and Oliver Wardrop for Georgian spiritual culture is well known. By translating a number of literary works they gave the versatile English reader an idea of Georgian literature with its centuries — old tradition.

The  spiritual  affinity  of  the  Wardrops  with  Ilia  Chavchavadze,  a  great  son  of  Georgia,  was  not  accidental.  Their  genuine  sympathy  was  confirmed  by  the  translation  of  the  eminent  Georgian writer’s literary works, which they did with affection and reverence.

Hitherto the reading public was aware only of Marjory Wardrop’s English translation of Ilia’s  “The  Hermit”  (London  1895).  In  recent  years  (1981,  1984)  Prof.  Guram  Sharadze  has  discovered some other translations in the Wardrop collection of the Bodleian Library, at Oxford pointing  to  a  broader  scale  of  the  translational  activity  of  the  Wardrops.  Apart  from  “The  Hermit”, the following renderings of Ilia’s prose are presented for the first time here: “Notes of a Journey  from  Vladikavkaz  to  Tiflis”,  “Is  that  a  Man?!”  (fragments),  “The  Sportsman’s  story”  (several chapters),” Autobiography”.

The texts of these translations were prepared for publication according to the autographs preserved at Oxford, the xeroxed copies of which were brought from England by Prof. Sharadze and kindly transferred to the present writer for publication. The text of “The Hermit” is published according to the London edition of 1895, the latter now being a rare book.

Today the greatest merit of these translations would seem to lie in the inner warmth and affection with which they were done, which will always be remembered by the grateful Georgian people. 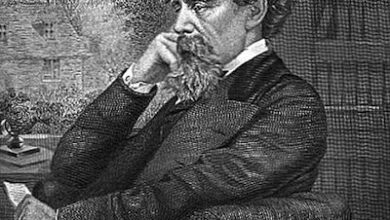 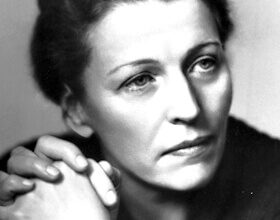 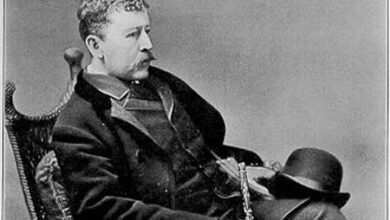 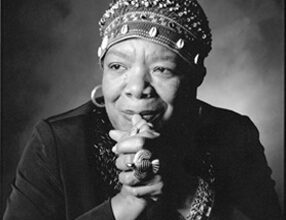