I remember being a child, with shaking heart I had been dreaming, the New Year’s celebration day would have been sooner. I remember this night, the last night before the New Year in our small village, where we, two sisters and three sons like nestlings were surrounding our parents. That day we had not been interested either into “KAKANATI” or snow ball, either jumping into snow or running. Our mind, eye and heart were targeted to “tomorrow”. “The tomorrow” – we were waiting for, “the tomorrow” we had been remembering. What we could do outside, when we had delicious and sweets at home. We were walking inside the rooms. Here were the much interesting things for us: here dough was topped, there almonds and walnuts for “Gozinaki” were breaking. Here the honey did not touch by fire, had been pulling us by the invisible shaking finger, telling – come here and enjoy me, there our mother was melting honey in fireplace and the honey as if saying to us: wait for tomorrow, I’m melting for you.

We had been gazing with brilliant eyes, have been walking among these things, being happy, if we could succeed to put our finger into honey. The laugh, untrue angriness of our mother was without end. We knew that neither mother, nor father was truly angry on us and we tried to pick something delicious to taste. Eldest among us was not exceeded twelve years.

From that day many things happened, many waves went on and took away a lot of good things from us. Our Mother and Father passed away, a death took away from me my two brothers. My sister passed out of existence too.

Only two from us were left on this earth: brother and sister. Nowadays silver color is seen in our hair and when New Year is coming, despite my wish, with tears on my eyes I look back. I see myself in a small village, among my sweet, little sisters and brothers, I see how happy watching us our parents and how happy we gaze our mother, father and I hear voice of my sister and brother, alike the sounds of swan, I hear wise and lovely tales of my mother and father.

Today all these are only sweat dreams. Today there, in this small village, where such a great memories constructed by my heart, are only five graves and in these graves buried all what makes my heart burning and being on the fire. There buried my mother, father, two brothers and one sister and my childhood too and so my happiness what had left me and never comes back.

This happy time had gone and never returned. Gone and heart is sighing with such a different pain, with such a different tragedy, which sometimes cannot be exchanged even on joy. The sigh of this pain is sweet. The tears of this sorrow are sweet too. Here the sigh cools down the flammable heart and the tears moistening wilted heart for revival. Someone had said: the sweetening is a pleasant pain and my pain is such.

I remembered well one night before the New Year. We, children, I forget why, either because of waiting the tomorrow or joyfulness of time, could not sleep. Not only once or twice our mother ordered us: “children go to sleep”, but we have been touching with finger our necks, to ask her: dear mother, begging pardon, not make us to leave, we cannot sleep. The mother was doing “Gozinaki” and topping “Alvakhazi”, surrounded by a lot of jars, cups, full of almonds, walnut and honey. In that moment our father was perambulating with pipe and our sister who was running among jars and cups suddenly hit by her leg and overthrowing big bowl full of honey.

The mother was very upset by this fact and asked with the Name of God our father to move the children to another room and tell them some tale, making them to sleep.

My father knew very good tales and we loved listen him. We were happy to hear the order of our mother to father. We run closer to father, some of us climbed up to father’s hand and some of us surrounded the skirts of his dress- “Akhalukhi”.

My darling Daddy, tell us the tale- howled we from different sides – mother drives us out from here and however you tell us the tale, we cannot sleep.
You are my Princess, let us go-he said.
Father went to second room and we followed him. In this room the flammable fireplace was making some great sounds. In front of the fireplace it was long bench. Our father rose on the bench, buckling his knees and we set around him too. Our small sister lay prone to father’s elbows; put her little head on his arms and so goggling to him with her blackberry eyes got ready to listen the tale. But she and her following child my third brother usually were falling asleep immediately after even two words of Daddy’s tale.

“I told you earlier that our country’s enemy were Tartars. They were not leaving us in peace and from different places; sometimes from here or there they were invading us. As it was able for us, we resisted to fight them back. My sons and daughters, everybody loved their country and when it was in hardship, nobody disappointed it not to sacrifice himself. Many were sacrificing themselves and many became popular through their courage laying down their life. Hear, I will tell you the story of such a glory man and you remember it well.

Once we had King of Qartli – Giorgi the 11th. In that time the Khan of Qizilbash,s was Shah-Sultan-Hussein. This Khan sent his General with biggest army, to eliminate Georgia and occupy it for him. The gathering of armed people – “Jarianoba” was announced among us and Kartvels (Georgians into English) got together to face the enemy. Two rival forces were facing each other on the field. From one side Iranians being grouped in array and from another side Georgians. The war began. How this war ended – this tale is too long. I’m only telling you about one distinguished battle happened in this war. When battle became too fierce, than one enemy Soldier rode his horse from his unit to the center.

Among fighting lines he was riding his horse in front of our forces so freely, like he participated in horsemanship rivalry and not in war. Georgian youth found this courage very hurtful to them.

See, how he underestimates us? Neither, he is assuming us as a man, nor he is scared from us, riding between the lines – cried they.
One young warrior hit his spur to the back of the horse and threw his horse to Qizilbash. The Qizilbash pushed his spear into breast of this man and poor warrior firstly hanged up to the horse and then dropped down to dead.

Either I was not covered by het, or had not enjoyed the milk from the breast of my mother, if I allow you to retain his blood – cried out another warrior throwing his horse to enemy.
The Qizilbash dropped him down to death and more energized by the victory arrogantly continued to ride his playing horse on the battlefield.

The third warrior, after him the fourth and the fifth from our side had the same fate. Nobody could wish the best than the warriors killed by this Qizilbash.

Kartvels become sad: they were thinking about how to bear such a great shame. How to come back having such a discouraging name?-troubled they. They did not know what to do. Everyone was throwing into thoughts. Nobody else had such courage to be challenged to jousting with Qizilbash. That warrior continued playfully riding his horse like participating in horsemanship competition without thinking about numerous Georgians.

Nicolas, where is Nicolas? Only he can save us, or this infidel man will cover us with the woman’s veil and send us with it to our homes – Georgians cried out.
Nicolas Gostashabishvili, Nicolas! – howled all our people.
It turned out that Gostashabishvili was in fierce battle and hearing this cry he went out from it. He was cleaning his bloody sword by the skirt of his dress, when our people rushed to him and told him about their shame. Gostashabishvili,s fame and bravery was indisputable fact but he was already aged, his arms and knees were not the same as before.

How I already aged and turned feeble can equal him in the battle? – Told Gostashabishvili to young soldiers, – why you don’t observe him as a fresh mustachioed young brave man, alike the lion.
He killed our five men. Don’t allow him to retain their blood. Don’t make us to be ashamed by this infidel! – Our people plead.
Gostashabishvili commended himself to God, shortened the reins of his horse and pushed it by heel. The horse making great leaps jumped and appeared in front of the brave rival. The warrior trying to spear him suddenly failed. Gostashabishvili blew his spear from below to up by sharp trick of his hand. He managed so well that, everybody praised him loudly. Until attacking once more, Gostabashishvili grabbed him mounted on his horse, reaching up him, beating him strongly throwing him down from the horse. Fallen down warrior could not stand up any more.

Suddenly, dismounted Gostashabishvili, helped his rival to stand up and told him:

Don’t be afraid, I will not behead you. I’m pardoning your head to your bravery. It is a pity to damage you. Go and God gives you the peace.
If I accepted mercy from somebody, only from the man like you – replied Qizilbash, saluted him and went away”.
Year, 1880

Qartli – one of provinces of Georgia
King Giorgi XI – King of Georgia
Qizilbash – “Qizilbash or Kizilbash (sometimes also Qezelbash or Qazilbash) is the label given to a wide variety of Shi’i militant groups that flourished in Azerbaijan, Anatolia and Kurdistan from the late 15th century onwards, some of which contributed to the foundation of the Safavid dynasty of Iran.”(source: https://en.wikipedia.org/wiki/Qizilbash )
Gozinaki – Gozinaki or Gozinaqi is a traditional Georgian confection made of caramelized nuts, usually walnuts, fried in honey, and served exclusively on New Year’s Eve and Christmas.
Akhalukhi – Georgian national dress
Jarianoba – gathering armed forces in old Georgia
Kakanati – the trap for birds
Kartvels – Georgians

Superimposed into the 60s (10 photos)

A centuries-old secret society is hanging out in Facebook groups 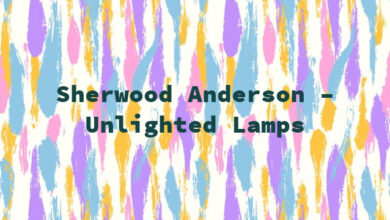 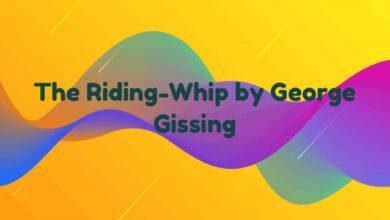 The Riding-Whip by George Gissing 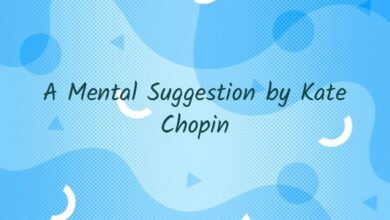 A Mental Suggestion by Kate Chopin 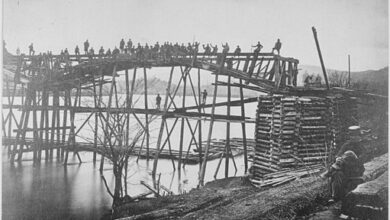 An Occurrence at Owl Creek Bridge by Ambrose Bierce