If you never lived in Mandeville, you cannot appreciate the thrill of wholesome, satisfied joy which sweeps over its inhabitants every evening at five o’clock. It is the hour for the arrival of the “New Camelia,” the happening of the day. As early as four o’clock the trailing smoke across the horizon of the treacherous Lake Pontchartrain appears, and Mandeville knows then that the hour for its siesta has passed, and that it must array itself in its coolest and fluffiest garments, and go down to the pier to meet this sole connection between itself and the outside world; the little, puffy, side-wheel steamer that comes daily from New Orleans and brings the mail and the news.

On this particular day there was an air of suppressed excitement about the little knot of people which gathered on the pier. To be sure, there were no outward signs to show that anything unusual had occurred. The small folks danced with the same glee over the worn boards, and peered down with daring excitement into the perilous depths of the water below. The sun, fast sinking in a gorgeous glow behind the pines of the Tchefuncta region far away, danced his mischievous rays in much the same manner that he did every other day. But there was a something in the air, a something not tangible, but mysterious, subtle. You could catch an indescribable whiff of it in your inner senses, by the half-eager, furtive glances that the small crowd cast at La Juanita.

“Gar, gar, le bateau!” said one dark-tressed mother to the wide-eyed baby. “Et, oui,” she added, in an undertone to her companion. “Voila, La Juanita!”

La Juanita, you must know, was the pride of Mandeville, the adored, the admired of all, with her petite, half-Spanish, half-French beauty. Whether rocking in the shade of the Cherokee-rose-covered gallery of Grandpere Colomes’ big house, her fair face bonnet-shaded, her dainty hands gloved to keep the sun from too close an acquaintance, or splashing the spray from the bow of her little pirogue, or fluffing her skirts about her tiny feet on the pier, she was the pet and ward of Mandeville, as it were, La Juanita Alvarez, since Madame Alvarez was a widow, and Grandpere Colomes was strict and stern.

And now La Juanita had set her small foot down with a passionate stamp before Grandpere Colomes’ very face, and tossed her black curls about her wilful head, and said she would go to the pier this evening to meet her Mercer. All Mandeville knew this, and cast its furtive glances alternately at La Juanita with two big pink spots in her cheeks, and at the entrance to the pier, expecting Grandpere Colomes and a scene.

The sun cast red glows and violet shadows over the pier, and the pines murmured a soft little vesper hymn among themselves up on the beach, as the “New Camelia” swung herself in, crabby, sidewise, like a fat old gentleman going into a small door. There was the clang of an important bell, the scream of a hoarse little whistle, and Mandeville rushed to the gang-plank to welcome the outside world. Juanita put her hand through a waiting arm, and tripped away with her Mercer, big and blond and brawny. “Un Americain, pah!” said the little mother of the black eyes. And Mandeville sighed sadly, and shook its head, and was sorry for Grandpere Colomes.

This was Saturday, and the big regatta would be Monday. Ah, that regatta, such a one as Mandeville had never seen! There were to be boats from Madisonville and Amite, from Lewisburg and Covington, and even far-away Nott’s Point. There was to be a Class A and Class B and Class C, and the little French girls of the town flaunted their ribbons down the one oak-shaded, lake-kissed street, and dared anyone to say theirs were not the favourite colours.

In Class A was entered, “La Juanita,’ captain Mercer Grangeman, colours pink and gold.” Her name, her colours; what impudence!

Of course, not being a Mandevillian, you could not understand the shame of Grandpere Colomes at this. Was it not bad enough for his petite Juanita, his Spanish blossom, his hope of a family that had held itself proudly aloof from “dose Americain” from time immemorial, to have smiled upon this Mercer, this pale-eyed youth? Was it not bad enough for her to demean herself by walking upon the pier with him? But for a boat, his boat, “un bateau Americain,” to be named La Juanita! Oh, the shame of it! Grandpere Colomes prayed a devout prayer to the Virgin that “La Juanita” should be capsized.

Monday came, clear and blue and stifling. The waves of hot air danced on the sands and adown the one street merrily. Glassily calm lay the Pontchartrain, heavily still hung the atmosphere. Madame Alvarez cast an inquiring glance toward the sky. Grandpere Colomes chuckled. He had not lived on the shores of the treacherous Lake Pontchartrain for nothing. He knew its every mood, its petulances and passions; he knew this glassy warmth and what it meant. Chuckling again and again, he stepped to the gallery and looked out over the lake, and at the pier, where lay the boats rocking and idly tugging at their moorings. La Juanita in her rose-scented room tied the pink ribbons on her dainty frock, and fastened cloth of gold roses at her lithe waist.

It was said that just before the crack of the pistol La Juanita’s tiny hand lay in Mercer’s, and that he bent his head, and whispered softly, so that the surrounding crowd could not hear,–

In another instant the white wings were off scudding before the rising breeze, dipping their glossy boat-sides into the clear water, straining their cordage in their tense efforts to reach the stake boats. Mandeville indiscriminately distributed itself on piers, large and small, bath-house tops, trees, and craft of all kinds, from pirogue, dory, and pine-raft to pretentious cat-boat and shell-schooner. Mandeville cheered and strained its eyes after all the boats, but chiefly was its attention directed to “La Juanita.”

Old Colomes on the big pier with Madame Alvarez and his granddaughter was intently straining his weather-beaten face in the direction of Nott’s Point, his back resolutely turned upon the scudding white wings. A sudden chuckle of grim satisfaction caused La Petite’s head to toss petulantly.

But only for a minute, for Grandpere Colomes’ chuckle was followed by a shout of dismay from those whose glance had followed his. You must know that it is around Nott’s Point that the storm king shows his wings first, for the little peninsula guards the entrance which leads into the southeast waters of the stormy Rigolets and the blustering Gulf. You would know, if you lived in Mandeville, that when the pines on Nott’s Point darken and when the water shows white beyond like the teeth of a hungry wolf, it is time to steer your boat into the mouth of some one of the many calm bayous which flow silently throughout St. Tammany parish into the lake. Small wonder that the cry of dismay went up now, for Nott’s Point was black, with a lurid light overhead, and the roar of the grim southeast wind came ominously over the water.

La Juanita clasped her hands and strained her eyes for her namesake. The racers had rounded the second stake-boat, and the course of the triangle headed them directly for the lurid cloud.

You should have seen Grandpere Colomes then. He danced up and down the pier in a perfect frenzy. The thin pale lips of Madame Alvarez moved in a silent prayer; La Juanita stood coldly silent.

And now you could see that the advance guard of the southeast force had struck the little fleet. They dipped and scurried and rocked, and you could see the sails being reefed hurriedly, and almost hear the rigging creak and moan under the strain. Then the wind came up the lake, and struck the town with a tumultuous force. The waters rose and heaved in the long, sullen ground-swell, which betokened serious trouble. There was a rush of lake-craft to shelter. Heavy gray waves boomed against the breakwaters and piers, dashing their brackish spray upon the strained watchers; then with a shriek and a howl the storm burst full, with blinding sheets of rain, and a great hurricane of Gulf wind that threatened to blow the little town away.

La Juanita was proud. When Grandpere and Madame led her away in the storm, though her face was white, and the rose mouth pressed close, not a word did she say, and her eyes were as bright as ever before. It was foolish to hope that the frail boats could survive such a storm. There was not even the merest excuse for shelter out in the waters, and when Lake Pontchartrain grows angry, it devours without pity.

Your tropical storm is soon over, however, and in an hour the sun struggled through a gray and misty sky, over which the wind was sweeping great clouds. The rain-drops hung diamond-like on the thick foliage, but the long ground-swell still boomed against the breakwaters and showed white teeth, far to the south.

As chickens creep from under shelter after a rain, so the people of Mandeville crept out again on the piers, on the bath-houses, on the breakwater edge, and watched eagerly for the boats. Slowly upon the horizon appeared white sails, and the little craft swung into sight. One, two, three, four, five, six, seven, eight, nine, counted Mandeville. Every one coming in! Bravo! And a great cheer that swept the whole length of the town from the post-office to Black Bayou went up. Bravo! Every boat was coming in. But–was every man?

This was a sobering thought, and in the hush which followed it you could hear the Q. and C. train thundering over the great lake-bridge, miles away.

Well, they came into the pier at last, “La Juanita” in the lead; and as Captain Mercer landed, he was surrounded by a voluble, chattering, anxious throng that loaded him with questions in patois, in broken English, and in French. He was no longer “un Americain” now, he was a hero.

When the other eight boats came in, and Mandeville saw that no one was lost, there was another ringing bravo, and more chattering of questions.

We heard the truth finally. When the storm burst, Captain Mercer suddenly promoted himself to an admiralship and assumed command of his little fleet. He had led them through the teeth of the gale to a small inlet on the coast between Bayou Lacombe and Nott’s Point, and there they had waited until the storm passed. Loud were the praises of the other captains for Admiral Mercer, profuse were the thanks of the sisters and sweethearts, as he was carried triumphantly on the shoulders of the sailors adown the wharf to the Maison Colomes.

The crispness had gone from Juanita’s pink frock, and the cloth of gold roses were wellnigh petalless, but the hand that she slipped into his was warm and soft, and the eyes that were upturned to Mercer’s blue ones were shining with admiring tears. And even Grandpere Colomes, as he brewed on the Cherokee-rose-covered gallery, a fiery punch for the heroes, was heard to admit that “some time dose Americain can mos’ be lak one Frenchman.”

And we danced at the betrothal supper the next week.

By the Bayou St. John by Alice Dunbar-Nelson 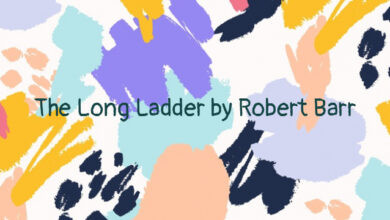 The Long Ladder by Robert Barr 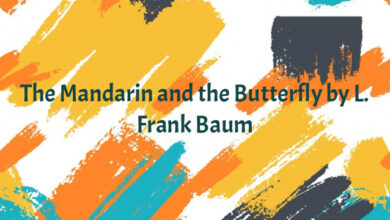 The Mandarin and the Butterfly by L. Frank Baum

The Brute by Joseph Conrad