We are delighted to find that he has got in! Our honourable friend is triumphantly returned to serve in the next Parliament. He is the honourable member for Verbosity – the best represented place in England.

Our honourable friend has issued an address of congratulation to the Electors, which is worthy of that noble constituency, and is a very pretty piece of composition. In electing him, he says, they have covered themselves with glory, and England has been true to herself. (In his preliminary address he had remarked, in a poetical quotation of great rarity, that nought could make us rue, if England to herself did prove but true.)

Our honourable friend delivers a prediction, in the same document, that the feeble minions of a faction will never hold up their heads any more; and that the finger of scorn will point at them in their dejected state, through countless ages of time. Further, that the hireling tools that would destroy the sacred bulwarks of our nationality are unworthy of the name of Englishman; and that so long as the sea shall roll around our ocean-girded isle, so long his motto shall be, No surrender. Certain dogged persons of low principles and no intellect, have disputed whether anybody knows who the minions are, or what the faction is, or which are the hireling tools and which the sacred bulwarks, or what it is that is never to be surrendered, and if not, why not? But, our honourable friend the member for Verbosity knows all about it.

Our honourable friend, the member for Verbosity, has this great attribute, that he always means something, and always means the same thing. When he came down to that House and mournfully boasted in his place, as an individual member of the assembled Commons of this great and happy country, that he could lay his hand upon his heart, and solemnly declare that no consideration on earth should induce him, at any time or under any circumstances, to go as far north as Berwick-upon-Tweed; and when he nevertheless, next year, did go to Berwick-upon-Tweed, and even beyond it, to Edinburgh; he had one single meaning, one and indivisible. And God forbid (our honourable friend says) that he should waste another argument upon the man who professes that he cannot understand it! ‘I do NOT, gentlemen,’ said our honourable friend, with indignant emphasis and amid great cheering, on one such public occasion. ‘I do NOT, gentlemen, I am free to confess, envy the feelings of that man whose mind is so constituted as that he can hold such language to me, and yet lay his head upon his pillow, claiming to be a native of that land,

Whose march is o’er the mountain-wave,
Whose home is on the deep!

When our honourable friend issued his preliminary address to the constituent body of Verbosity on the occasion of one particular glorious triumph, it was supposed by some of his enemies, that even he would be placed in a situation of difficulty by the following comparatively trifling conjunction of circumstances. The dozen noblemen and gentlemen whom our honourable friend supported, had ‘come in,’ expressly to do a certain thing. Now, four of the dozen said, at a certain place, that they didn’t mean to do that thing, and had never meant to do it; another four of the dozen said, at another certain place, that they did mean to do that thing, and had always meant to do it; two of the remaining four said, at two other certain places, that they meant to do half of that thing (but differed about which half), and to do a variety of nameless wonders instead of the other half; and one of the remaining two declared that the thing itself was dead and buried, while the other as strenuously protested that it was alive and kicking. It was admitted that the parliamentary genius of our honourable friend would be quite able to reconcile such small discrepancies as these; but, there remained the additional difficulty that each of the twelve made entirely different statements at different places, and that all the twelve called everything visible and invisible, sacred and profane, to witness, that they were a perfectly impregnable phalanx of unanimity. This, it was apprehended, would be a stumbling-block to our honourable friend.

The difficulty came before our honourable friend, in this way. He went down to Verbosity to meet his free and independent constituents, and to render an account (as he informed them in the local papers) of the trust they had confided to his hands – that trust which it was one of the proudest privileges of an Englishman to possess – that trust which it was the proudest privilege of an Englishman to hold. It may be mentioned as a proof of the great general interest attaching to the contest, that a Lunatic whom nobody employed or knew, went down to Verbosity with several thousand pounds in gold, determined to give the whole away – which he actually did; and that all the publicans opened their houses for nothing. Likewise, several fighting men, and a patriotic group of burglars sportively armed with life-preservers, proceeded (in barouches and very drunk) to the scene of action at their own expense; these children of nature having conceived a warm attachment to our honourable friend, and intending, in their artless manner, to testify it by knocking the voters in the opposite interest on the head.

Our honourable friend being come into the presence of his constituents, and having professed with great suavity that he was delighted to see his good friend Tipkisson there, in his working-dress – his good friend Tipkisson being an inveterate saddler, who always opposes him, and for whom he has a mortal hatred – made them a brisk, ginger-beery sort of speech, in which he showed them how the dozen noblemen and gentlemen had (in exactly ten days from their coming in) exercised a surprisingly beneficial effect on the whole financial condition of Europe, had altered the state of the exports and imports for the current half-year, had prevented the drain of gold, had made all that matter right about the glut of the raw material, and had restored all sorts of balances with which the superseded noblemen and gentlemen had played the deuce – and all this, with wheat at so much a quarter, gold at so much an ounce, and the Bank of England discounting good bills at so much per cent.! He might be asked, he observed in a peroration of great power, what were his principles? His principles were what they always had been. His principles were written in the countenances of the lion and unicorn; were stamped indelibly upon the royal shield which those grand animals supported, and upon the free words of fire which that shield bore. His principles were, Britannia and her sea-king trident! His principles were, commercial prosperity co-existently with perfect and profound agricultural contentment; but short of this he would never stop. His principles were, these, – with the addition of his colours nailed to the mast, every man’s heart in the right place, every man’s eye open, every man’s hand ready, every man’s mind on the alert. His principles were these, concurrently with a general revision of something – speaking generally – and a possible readjustment of something else, not to be mentioned more particularly. His principles, to sum up all in a word, were, Hearths and Altars, Labour and Capital, Crown and Sceptre, Elephant and Castle. And now, if his good friend Tipkisson required any further explanation from him, he (our honourable friend) was there, willing and ready to give it.

Our honourable friend immediately replied, ‘At the illimitable perspective.’

It was considered by the whole assembly that this happy statement of our honourable friend’s political views ought, immediately, to have settled Tipkisson’s business and covered him with confusion; but, that implacable person, regardless of the execrations that were heaped upon him from all sides (by which we mean, of course, from our honourable friend’s side), persisted in retaining an unmoved countenance, and obstinately retorted that if our honourable friend meant that, he wished to know what THAT meant?

It was in repelling this most objectionable and indecent opposition, that our honourable friend displayed his highest qualifications for the representation of Verbosity. His warmest supporters present, and those who were best acquainted with his generalship, supposed that the moment was come when he would fall back upon the sacred bulwarks of our nationality. No such thing. He replied thus: ‘My good friend Tipkisson, gentlemen, wishes to know what I mean when he asks me what we are driving at, and when I candidly tell him, at the illimitable perspective, he wishes (if I understand him) to know what I mean?’ – ‘I do!’ says Tipkisson, amid cries of ‘Shame’ and ‘Down with him.’ ‘Gentlemen,’ says our honourable friend, ‘I will indulge my good friend Tipkisson, by telling him, both what I mean and what I don’t mean. (Cheers and cries of ‘Give it him!’) Be it known to him then, and to all whom it may concern, that I do mean altars, hearths, and homes, and that I don’t mean mosques and Mohammedanism!’ The effect of this home-thrust was terrific. Tipkisson (who is a Baptist) was hooted down and hustled out, and has ever since been regarded as a Turkish Renegade who contemplates an early pilgrimage to Mecca. Nor was he the only discomfited man. The charge, while it stuck to him, was magically transferred to our honourable friend’s opponent, who was represented in an immense variety of placards as a firm believer in Mahomet; and the men of Verbosity were asked to choose between our honourable friend and the Bible, and our honourable friend’s opponent and the Koran. They decided for our honourable friend, and rallied round the illimitable perspective.

It has been claimed for our honourable friend, with much appearance of reason, that he was the first to bend sacred matters to electioneering tactics. However this may be, the fine precedent was undoubtedly set in a Verbosity election: and it is certain that our honourable friend (who was a disciple of Brahma in his youth, and was a Buddhist when we had the honour of travelling with him a few years ago) always professes in public more anxiety than the whole Bench of Bishops, regarding the theological and doxological opinions of every man, woman, and child, in the United Kingdom.

As we began by saying that our honourable friend has got in again at this last election, and that we are delighted to find that he has got in, so we will conclude. Our honourable friend cannot come in for Verbosity too often. It is a good sign; it is a great example. It is to men like our honourable friend, and to contests like those from which he comes triumphant, that we are mainly indebted for that ready interest in politics, that fresh enthusiasm in the discharge of the duties of citizenship, that ardent desire to rush to the poll, at present so manifest throughout England. When the contest lies (as it sometimes does) between two such men as our honourable friend, it stimulates the finest emotions of our nature, and awakens the highest admiration of which our heads and hearts are capable.

It is not too much to predict that our honourable friend will be always at his post in the ensuing session. Whatever the question be, or whatever the form of its discussion; address to the crown, election petition, expenditure of the public money, extension of the public suffrage, education, crime; in the whole house, in committee of the whole house, in select committee; in every parliamentary discussion of every subject, everywhere: the Honourable Member for Verbosity will most certainly be found.

Our School by Charles Dickens

Our French Watering-Place by Charles Dickens 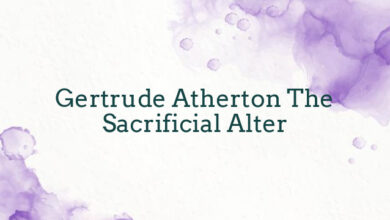 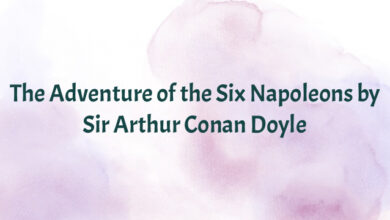 The Adventure of the Six Napoleons by Sir Arthur Conan Doyle

That Home-Town Feeling by Edna Ferber 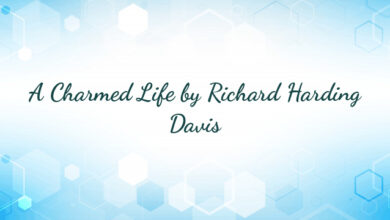