The Arrogant Frog and the Superior Bull is a parody told in rhyme, of fables by La Fontaine and Aesop’s Fables. It was published in Carryl’s Fables for the Frivolous (1898), illustrated by Peter Newell.

Once, on a time and in a place
Conducive to malaria,
There lived a member of the race
Of Rana Temporaria;
Or, more concisely still, a frog
Inhabited a certain bog.

A bull of Brobdingnagian size,
Too proud for condescension,
One morning chanced to cast his eyes
Upon the frog I mention;
And, being to the manner born,
Surveyed him with a lofty scorn.

Perceiving this, the bactrian’s frame
With anger was inflated,
Till, growing larger, he became
Egregiously elated;
For inspiration’s sudden spell
Had pointed out a way to swell.

“Ha! ha!” he proudly cried, “a fig
For this, your mammoth torso!
Just watch me while I grow as big
As you–or even more so!”
To which magniloquential gush
His bullship simply answered “Tush!”

Alas! the frog’s success was slight,
Which really was a wonder,
In view of how with main and might
He strove to grow rotunder!
And, standing patiently the while,
The bull displayed a quiet smile.

But ah, the frog tried once too oft
And, doing so, he busted;
Whereat the bull discreetly coughed
And moved away, disgusted,
As well he might, considering
The wretched taste that marked the thing.

The Impecunious Cricket and the Frugal Ant by Guy Wetmore Carryl

The Ambitious Fox and the Unapproachable Grapes by Guy Wetmore Carryl 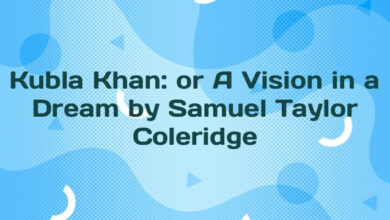 Kubla Khan: or A Vision in a Dream by Samuel Taylor Coleridge 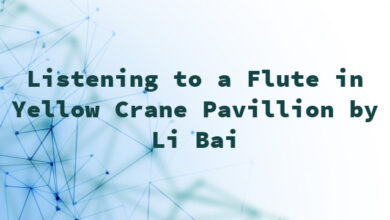 Listening to a Flute in Yellow Crane Pavillion by Li Bai 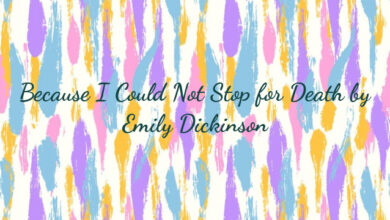 Because I Could Not Stop for Death by Emily Dickinson