From Mary E. Wilkins Freeman’s collection Once Upon a Time and Other Child-Verses, illustrated by Etheldred B. Barry, (1897). You can almost hear the fiddlers playing and see the decked-out fairies dancing in The Christmas Ball.

O, bonny the fruit on its branches which
grows!
And the mistletoe bough from the ceiling hung!
The fiddlers they rosined their squeaking
bows,
And the brave little lads their partners
swung.

And the fiddlers were scraping so merrily, O,
With a one, two, three, and
a one, two, three;
And the children were dancing so cheerily, O,
All under the shade of the
Christmas-tree—

The girl-fairy in cobweb frock.
When, all of a sudden, a fairyland crew
Came whirling airily into the room,
As light as the fluffy balls, they flew,
Which fly from the purple thistle-bloom.

There were little girl-fairies in cobweb frocks
All spun by spiders from golden threads,
With butterfly-wings and glistening locks,
And wreaths of dewdrops around their heads!
The Christmas Ball boy fairy
There were little boy-fairies in jewelled coats
Of pansy velvet, of cost untold,
With chains of daisies around their throats,
And their heads all powdered with lily-gold!
The boy-fairy in jewelled coat.

The fiddlers they laughed till
they scarce could see,
And then they fiddled so cheerily, O,
And the fairies and children around the tree,
They all went tripping so merrily, O.
The fiddlers they boxed up their fiddles all;
The fairies they silently flew away;
But every child at the Christmas ball
Had danced with a fairy first, they say.

So they told their mothers—and did not you
Ever have such a lovely time at your play,
My boy and my girl, that it seemed quite true
That you’d played with a fairy all the day? 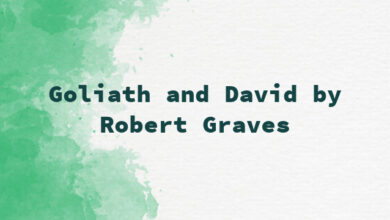 Goliath and David by Robert Graves

Anna Akhmatova – To feel thoroughly ill, to sweat in delirium 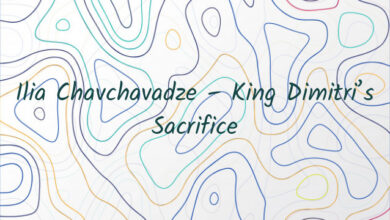