A sergeant, a corporal, and fourteen men of the Twelfth Regiment of the Line had been sent out to occupy a house on the main highway. They would be at least a half of a mile in advance of any other picket of their own people. Sergeant Morton was deeply angry at being sent on this duty. He said that he was over-worked. There were at least two sergeants, he claimed furiously, whose turn it should have been to go on this arduous mission. He was treated unfairly; he was abused by his superiors; why did any damned fool ever join the army? As for him he would get out of it as soon as possible; he was sick of it; the life of a dog. All this he said to the corporal, who listened attentively, giving grunts of respectful assent. On the way to this post two privates took occasion to drop to the rear and pilfer in the orchard of a deserted plantation. When the sergeant discovered this absence, he grew black with a rage which was an accumulation of all his irritations. “Run, you!” he howled. “Bring them here! I’ll show them–” A private ran swiftly to the rear. The remainder of the squad began to shout nervously at the two delinquents, whose figures they could see in the deep shade of the orchard, hurriedly picking fruit from the ground and cramming it within their shirts, next to their skins. The beseeching cries of their comrades stirred the criminals more than did the barking of the sergeant. They ran to rejoin the squad, while holding their loaded bosoms and with their mouths open with aggrieved explanations.

Jones faced the sergeant with a horrible cancer marked in bumps on his left side. The disease of Patterson showed quite around the front of his waist in many protuberances. “A nice pair!” said the sergeant, with sudden frigidity. “You’re the kind of soldiers a man wants to choose for a dangerous outpost duty, ain’t you?”

The two privates stood at attention, still looking much aggrieved. “We only–” began Jones huskily.

A moment later the squad moved on towards its station. Behind the sergeant’s back Jones and Patterson were slyly passing apples and pears to their friends while the sergeant expounded eloquently to the corporal. “You see what kind of men are in the army now. Why, when I joined the regiment it was a very different thing, I can tell you. Then a sergeant had some authority, and if a man disobeyed orders, he had a very small chance of escaping something extremely serious. But now! Good God! If I report these men, the captain will look over a lot of beastly orderly sheets and say–‘Haw, eh, well, Sergeant Morton, these men seem to have very good records; very good records, indeed. I can’t be too hard on them; no, not too hard.'” Continued the sergeant: “I tell you, Flagler, the army is no place for a decent man.”

Flagler, the corporal, answered with a sincerity of appreciation which with him had become a science. “I think you are right, sergeant,” he answered.

Behind them the privates mumbled discreetly. “Damn this sergeant of ours. He thinks we are made of wood. I don’t see any reason for all this strictness when we are on active service. It isn’t like being at home in barracks! There is no great harm in a couple of men dropping out to raid an orchard of the enemy when all the world knows that we haven’t had a decent meal in twenty days.”

The reddened face of Sergeant Morton suddenly showed to the rear. “A little more marching and less talking,” he said.

When he came to the house he had been ordered to occupy the sergeant sniffed with disdain. “These people must have lived like cattle,” he said angrily. To be sure, the place was not alluring. The ground floor had been used for the housing of cattle, and it was dark and terrible. A flight of steps led to the lofty first floor, which was denuded but respectable. The sergeant’s visage lightened when he saw the strong walls of stone and cement. “Unless they turn guns on us, they will never get us out of here,” he said cheerfully to the squad. The men, anxious to keep him in an amiable mood, all hurriedly grinned and seemed very appreciative and pleased. “I’ll make this into a fortress,” he announced. He sent Jones and Patterson, the two orchard thieves, out on sentry-duty. He worked the others, then, until he could think of no more things to tell them to do. Afterwards he went forth, with a major- general’s serious scowl, and examined the ground in front of his position. In returning he came upon a sentry, Jones, munching an apple. He sternly commanded him to throw it away.

The men spread their blankets on the floors of the bare rooms, and putting their packs under their heads and lighting their pipes, they lived an easy peace. Bees hummed in the garden, and a scent of flowers came through the open window. A great fan-shaped bit of sunshine smote the face of one man, and he indolently cursed as he moved his primitive bed to a shadier place.

Another private explained to a comrade: “This is all nonsense anyhow. No sense in occupying this post. They–“

“But, of course,” said the corporal, “when she told me herself that she cared more for me than she did for him, I wasn’t going to stand any of his talk–” The corporal’s listener was so sleepy that he could only grunt his sympathy.

There was a sudden little spatter of shooting. A cry from Jones rang out. With no intermediate scrambling, the sergeant leaped straight to his feet. “Now,” he cried, “let us see what you are made of! If,” he added bitterly, “you are made of anything!”

A man yelled: “Good God, can’t you see you’re all tangled up in my cartridge belt?”

Another man yelled: “Keep off my legs! Can’t you walk on the floor?”

To the windows there was a blind rush of slumberous men, who brushed hair from their eyes even as they made ready their rifles. Jones and Patterson came stumbling up the steps, crying dreadful information. Already the enemy’s bullets were spitting and singing over the house.

The sergeant suddenly was stiff and cold with a sense of the importance of the thing. “Wait until you see one,” he drawled loudly and calmly, “then shoot.”

For some moments the enemy’s bullets swung swifter than lightning over the house without anybody being able to discover a target. In this interval a man was shot in the throat. He gurgled, and then lay down on the floor. The blood slowly waved down the brown skin of his neck while he looked meekly at his comrades.

There was a howl. “There they are! There they come!” The rifles crackled. A light smoke drifted idly through the rooms. There was a strong odor as if from burnt paper and the powder of firecrackers. The men were silent. Through the windows and about the house the bullets of an entirely invisible enemy moaned, hummed, spat, burst, and sang.

The men began to curse. “Why can’t we see them?” they muttered through their teeth. The sergeant was still frigid. He answered soothingly as if he were directly reprehensible for this behavior of the enemy. “Wait a moment. You will soon be able to see them. There! Give it to them!” A little skirt of black figures had appeared in a field. It was really like shooting at an upright needle from the full length of a ballroom. But the men’s spirits improved as soon as the enemy–this mysterious enemy–became a tangible thing, and far off. They had believed the foe to be shooting at them from the adjacent garden.

“Now,” said the sergeant ambitiously, “we can beat them off easily if you men are good enough.”

A man called out in a tone of quick, great interest. “See that fellow on horseback, Bill? Isn’t he on horseback? I thought he was on horseback.”

“Yes?” said Patterson, his face set with some deep-rooted quality of determination. Still, he was a mere farm boy.

“Go in to Knowles’ window and shoot at those people,” said the sergeant hoarsely. Afterwards he coughed. Some of the fumes of the fight had made way to his lungs.

Patterson looked at the door into this other room. He looked at it as if he suspected it was to be his death-chamber. Then he entered and stood across the body of Knowles and fired vigorously into a group of plum trees.

Meantime the sergeant was re-loading his rifle. His foot slipped in the blood of the man who had been shot in the throat, and the military boot made a greasy red streak on the floor.

“Why, we can hold this place!” shouted the sergeant jubilantly. “Who says we can’t?”

Corporal Flagler suddenly spun away from his window and fell in a heap.

“Sergeant,” murmured a man as he dropped to a seat on the floor out of danger, “I can’t stand this. I swear I can’t. I think we should run away.”

Morton, with the kindly eyes of a good shepherd, looked at the man. “You are afraid, Johnston, you are afraid,” he said softly. The man struggled to his feet, cast upon the sergeant a gaze full of admiration, reproach, and despair, and returned to his post. A moment later he pitched forward, and thereafter his body hung out of the window, his arms straight and the fists clenched. Incidentally this corpse was pierced afterwards by chance three times by bullets of the enemy.

The sergeant laid his rifle against the stonework of the window-frame and shot with care until his magazine was empty. Behind him a man, simply grazed on the elbow, was wildly sobbing like a girl. “Damn it, shut up!” said Morton, without turning his head. Before him was a vista of a garden, fields, clumps of trees, woods, populated at the time with little fleeting figures.

He grew furious. “Why didn’t he send me orders?” he cried aloud. The emphasis on the word “he” was impressive. A mile back on the road a galloper of the Hussars lay dead beside his dead horse.

A bullet struck Morton, and he fell upon the man who had been shot in the throat. There was a sickening moment. Then the sergeant rolled off to a position upon the bloody floor. He turned himself with a last effort until he could look at the wounded who were able to look at him.

“Kim up, the Kickers,” he said thickly. His arms weakened and he dropped on his face.

After an interval a young subaltern of the enemy’s infantry, followed by his eager men, burst into this reeking interior. But just over the threshold he halted before the scene of blood and death. He turned with a shrug to his sergeant. “God, I should have estimated them at least one hundred strong.”

Facebook Notice for EU! You need to login to view and post FB Comments!
Tags
Stephen Crane The End of the Battle

The Little Regiment by Stephen Crane

The Duel That Was Not Fought by Stephen Crane 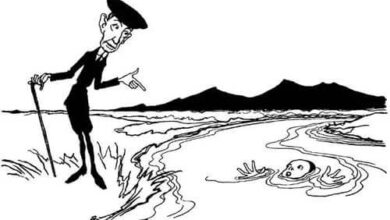 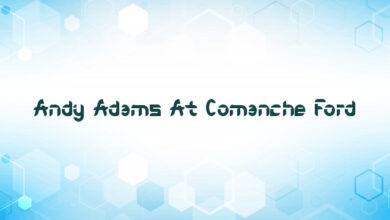 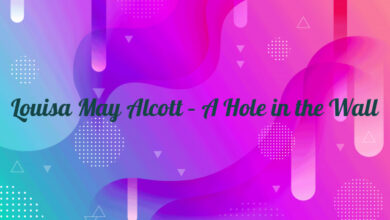 Louisa May Alcott – A Hole in the Wall 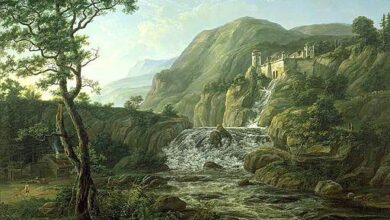 The Hour and the Man by Robert Barr