A TALE OF SULLIVAN COUNTY
On the brow of a pine-plumed hillock there sat a little man with his back against a tree. A venerable pipe hung from his mouth, and smoke- wreaths curled slowly skyward, he was muttering to himself with his eyes fixed on an irregular black opening in the green wall of forest at the foot of the hill. Two vague wagon ruts led into the shadows. The little man took his pipe in his hands and addressed the listening pines.

“I wonder what the devil it leads to,” said he.

A grey, fat rabbit came lazily from a thicket and sat in the opening. Softly stroking his stomach with his paw, he looked at the little man in a thoughtful manner. The little man threw a stone, and the rabbit blinked and ran through an opening. Green, shadowy portals seemed to close behind him.

The little man started. “He’s gone down that roadway,” he said, with ecstatic mystery to the pines. He sat a long time and contemplated the door to the forest. Finally, he arose, and awakening his limbs, started away. But he stopped and looked back.

“I can’t imagine what it leads to,” muttered he. He trudged over the brown mats of pine needles, to where, in a fringe of laurel, a tent was pitched, and merry flames caroused about some logs. A pudgy man was fuming over a collection of tin dishes. He came forward and waved a plate furiously in the little man’s face.

“I’ve washed the dishes for three days. What do you think I am–“

He ended a red oration with a roar: “Damned if I do it any more.”

The little man gazed dim-eyed away. “I’ve been wonderin’ what it leads to.”

“That road out yonder. I’ve been wonderin’ what it leads to. Maybe, some discovery or something,” said the little man.

The pudgy man laughed. “You’re an idiot. It leads to ol’ Jim Boyd’s over on the Lumberland Pike.”

The pudgy man swore. “Fool, what does it lead to, then?”

“I don’t know just what, but I’m sure it leads to something great or something. It looks like it.”

While the pudgy man was cursing, two more men came from obscurity with fish dangling from birch twigs. The pudgy man made an obviously herculean struggle and a meal was prepared. As he was drinking his cup of coffee, he suddenly spilled it and swore. The little man was wandering off.

“He’s gone to look at that hole,” cried the pudgy man.

The little man went to the edge of the pine-plumed hillock, and, sitting down, began to make smoke and regard the door to the forest. There was stillness for an hour. Compact clouds hung unstirred in the sky. The pines stood motionless, and pondering.

Suddenly the little man slapped his knees and bit his tongue. He stood up and determinedly filled his pipe, rolling his eye over the bowl to the doorway. Keeping his eyes fixed he slid dangerously to the foot of the hillock and walked down the wagon ruts. A moment later he passed from the noise of the sunshine to the gloom of the woods.

Tall tangled grass grew in the roadway, and the trees bended obstructing branches. The little man followed on over pine-clothed ridges and down through water-soaked swales. His shoes were cut by rocks of the mountains, and he sank ankle-deep in mud and moss of swamps. A curve just ahead lured him miles.

Finally, as he wended the side of a ridge, the road disappeared from beneath his feet. He battled with hordes of ignorant bushes on his way to knolls and solitary trees which invited him. Once he came to a tall, bearded pine. He climbed it, and perceived in the distance a peak. He uttered an ejaculation and fell out.

He scrambled to his feet, and said: “That’s Jones’s Mountain, I guess. It’s about six miles from our camp as the crow flies.”

He changed his course away from the mountain, and attacked the bushes again. He climbed over great logs, golden-brown in decay, and was opposed by thickets of dark-green laurel. A brook slid through the ooze of a swamp, cedars and hemlocks hung their spray to the edges of pools.

The little man began to stagger in his walk. After a time he stopped and mopped his brow.

“My legs are about to shrivel up and drop off,” he said…. “Still if I keep on in this direction, I am safe to strike the Lumberland Pike before sundown.”

He dived at a clump of tag-alders, and emerging, confronted Jones’s Mountain.

The wanderer sat down in a clear space and fixed his eyes on the summit. His mouth opened widely, and his body swayed at times. The little man and the peak stared in silence.

A lazy lake lay asleep near the foot of the mountain. In its bed of water-grass some frogs leered at the sky and crooned. The sun sank in red silence, and the shadows of the pines grew formidable. The expectant hush of evening, as if some thing were going to sing a hymn, fell upon the peak and the little man.

A leaping pickerel off on the water created a silver circle that was lost in black shadows. The little man shook himself and started to his feet, crying: “For the love of Mike, there’s eyes in this mountain! I feel ’em! Eyes!”

He fell on his face.

When he looked again, he immediately sprang erect and ran.

The mountain was approaching.

The little man scurried, sobbing through the thick growth. He felt his brain turning to water. He vanquished brambles with mighty bounds.

But after a time he came again to the foot of the mountain.

Casting his eyes upward made circles swirl in his blood.

“I’m shackled I guess,” he moaned. As he felt the heel of the mountain about to crush his head, he sprang again to his feet. He grasped a handful of small stones and hurled them.

“Damn you,” he shrieked loudly. The pebbles rang against the face of the mountain.

The little man then made an attack. He climbed with hands and feet wildly. Brambles forced him back and stones slid from beneath his feet. The peak swayed and tottered, and was ever about to smite with a granite arm. The summit was a blaze of red wrath.

But the little man at last reached the top. Immediately he swaggered with valor to the edge of the cliff. His hands were scornfully in his pockets.

He gazed at the western horizon, edged sharply against a yellow sky. “Ho!” he said. “There’s Boyd’s house and the Lumberland Pike.”

The mountain under his feet was motionless.

The Open Boat by Stephen Crane

The Little Regiment by Stephen Crane 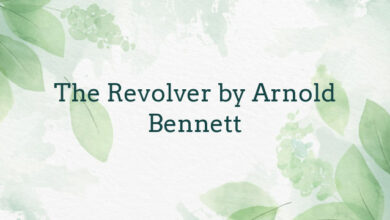 The Revolver by Arnold Bennett 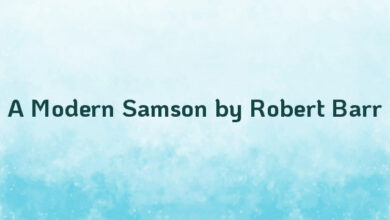 A Modern Samson by Robert Barr 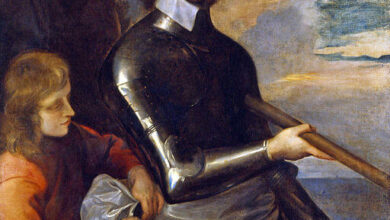 The Understudy by Robert Barr 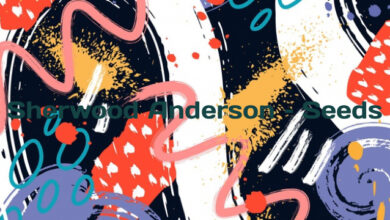