During the six centuries which elapsed between the life-time of the great Georgian Athonites and that of the tragic Queen Ketevan, the kingdom of Georgia under-went great vicissitudes. At the time of the Crusades the inspiring leadership of King David the Builder (1089-1125) and Queen Tamar ( 1184-1213) enabled the coun-try to emerge as leader of a pan-Caucasian Christian empire. But the Mong~ invasions of the 1230’s, and the later campaigns of Tamerlane, brought all this achieve-ment down in ruins. The fall of Constantinople to the Turks in 1453 cut off Georgia from Western Christen-dom, and left her a prey to the rising Muhammadan powers Ottoman Turkey and Safavi Iran.
Early in the iyth century, Shah Abbas the Great of Persia embarked on a series of campaigns to subjugate Eastern Georgia. He was helped by the defection of Giorgi Saakadze, a prominent general in the service of the young Georgian monarch, Luarsab of Kartli. Saakadze guided the Shah’s armies, which vented their fury on Eastern Georgia; churches were devastated, icons and crosses broken up and the jewels given for orna-ments to the Shah’s concubines. Many people saved themselves by fleeing to the woods and mountain strong-holds, hut at least sixty thousand were massacred. The rest of the population was deported to remote parts of Persia. To quote Pietro della Valle, a contemporary Italian observer:
“Today Persia proper, Kirman or Carmania, Mazan-deran on the Caspian Sea and many other lands of this empire are all full of Georgian and Circassian inhabi-tants. Most of them remain Christian to this day, but in a very crude manner, since they have neither priest nor minister to tend them. . .. There is no grandee who does not want all his wives to be Georgian, because it is a very handsome race, and the king himself has his palace full of them. . . . It would be too long to narrate all that has passed in this miserable migration, how many murders, how many deaths caused by privation, how many seduc-tions, rapes and acts of violence, how many children drowned by their own parents or cast into rivers through despair, some snatched by force from their mother’s breasts because they seemed too weak to live and thrown down by the wayside and abandoned there to be food for wild beasts or trampled underfoot by the horses and camels of the army, which marched for a whole day on top of dead bodies; how many sons separated from their fathers, wives from their husbands, sisters from their brothers, and carried off to distant countries without hope of ever meeting again. Throughout the camp, men and women were sold on this occasion much cheaper than beasts, because of the great number of them.”
King Luarsab of Kartli was sufficiently trusting to accept the Shah’s offer of peace negotiations; on arriving in the Persian camp he was arrested, and later strangled near Shiraz. The other ruler of Eastern Georgia, Teimuraz I of Kakheti, preferred resistance, and allied himself alternately with the Russians and the Turks to carry on guerilla warfare.
In revenge, Shah ‘Abbas castrated the two young sons of Teimuraz whom he already held as hostages. To the mother of Teimuraz, the Queen Dowager Ketevan, whom he also held in his power, he offered the chance of adopting Islam and entering his harem. On her re-fusal, she was cruelly martyred at Shiraz on September 22nd, 1624. The following account of her Passion is translated from a contemporary report from the Angus-tinian missionary fathers in Persia addressed to the Papal See; the original text was first published in 1910 by the late Father Michael Tamarati.


From a report of the
Augustinian Fathers in Persia:
Passion of Queen Ketevan

After Queen Ketevan was conducted to Shiraz, Brother Ambrose, who was then in that town, entered into contact with her and also with all the members of her household, who numbered about forty. They used to come to Mass at Brother Ambrose’s church, and showed a great leaning towards the Catholic religion. Queen Ketevan sent to tell Brother Ambrose that she wished him to confess all her retinue (luring Lent; on the day of his patron saint, St. Augustine, she sent him from her chapel and oratory some pictures, candlesticks and carpets to adorn the church, as well as one of her men who could model wax, to make candles and tapers.
While Brother Ambrose was entertaining great hopes of harvesting the fruit of his fatigues through the con-version of these persons, the King of Persia sent certain of his minions to Shiraz; they were instructed to tell the Georgian queen in his name to become a Muhammadan, and that he would take her as his wife and give her great riches. If she refused, they were to put her to death with great torments. The queen replied that nothing on earth would make her abandon the faith of her Saviour, our Lord Jesus Christ, nor her chastity, which she valued more than all the trea~’res in the world. The officials begged her again not to expose herself to suffer such tortures, and to have pity on her tender flesh; but nothing could shake her constancy. When they saw this, the officials, after striving in vain to persuade her, told her to prepare to suffer the torments, and she asked for permission to say her prayers. This being granted, she entered her chapel, went down on her knees and prayed our Lord God to accord her His grace, to give her strength to suffer all these tortures for His holy faith.
When she had committed herself to God’s keeping she went out and told the minions that they might do what the king had commanded. The officials begged her afresh to have pity on herself a weak woman, and not to con-demn herself to so miserable a death. The queen replied that they might give up trying to persuade her, for it was time wasted. The officials had already lit a great fire and inserted iron pincers into it, which were now as hot as the fire itself. They stripped the queen from her neck to her walst, and taking the red-hot pincers, they tore away the flesh from her delicate body with great cruelty, until at last the queen fell half dead to the ground, though continuing to invoke our Lord God with the greatest courage and fortitude. When she had fallen to the ground, they picked up the whole brazier and threw it on her body, anti finally put her to death by strangling her with a bowstring.
It is to he believed that this queen is partaking of God’s glory in heaven, for although she belonged to the Greek rite, she was most cordially disposed towards the Holy Catholic Church and to all the Latins, showing them every mark of affection and helping them as much as she could. She lived on such good terms with us that it is impossible to believe that she was ill-disposed to the Holy Catholic Church. A rumour was current among the people of her country that her tomb was enveloped in an aura of shining light.

Being wounded by divine zeal, thou didst receive many wounds and endure multifarious tortures.
With boldness having acquired the Kingdom of Heaven instead of the transitory crown of a queen,
O thrice-holy Ketevan, intercede with Christ God to have mercy on our souls.

The Queen of Heaven, the daughter of David, immaculate Mary receiveth today the blessed Ketevan,
the descendent of the seed of David, and giveth her sweet rest,
who through her deeds proved to be worthy of the crown,
and now standeth before the Holy Virgin interceding for us all.

Thou didst renounce the transitory glory uniting thyself with the Queen of Heaven and Earth,
O Queen Ketevan, thou who didst suffer bodily for thy bridegroom,
intercede with Him for us thy servants, the Georgian people. 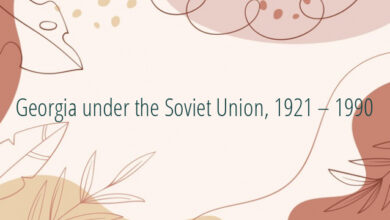 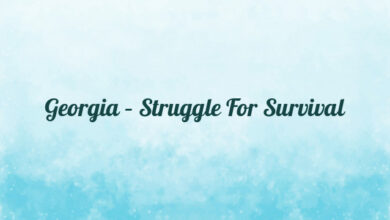 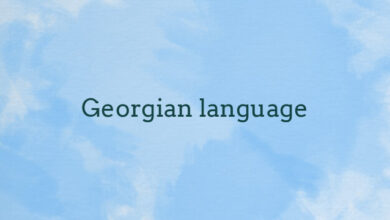