We all may have a personal bone or two to pick with a particular zodiac sign, maybe jaded by bad past experiences or scorned by toxic exes of the same sign more than once.

But have you ever noticed a collective dislike for one sign in particular, seemingly all against one random zodiac member? Or maybe you’ve told someone you’re a Gemini, only for them to end the conversation abruptly as if they’ve already made up their mind about who you are.

Today we’ll discuss why that seems to be and also take a peek at some of the signs that seem to be hated more than others.

Why Do Some Signs Have A Reputation, Anyway?

Astrology is nearly never as cut and dry as a “good” or “bad” zodiac sign, despite their reputations seeming to indicate otherwise.

But understanding why some signs get a bad rep can tell us a lot about ourselves as a collective, as ultimately, every judgment we pass onto others reflects back onto ourselves.

In fact, we have every zodiac sign somewhere within us, thanks to the profound depth of our natal charts. So it really can also be a literal reflection of what we’re uncomfortable with within ourselves.

The Top 5 Most Hated Zodiac Signs

With that piece of info in our back pocket, we can explore the top five zodiac signs that tend to get some of the biggest heat right now and consider why that may be.

Remember that even if a sign seems to be getting a bad reputation now, the tides can always turn pending our cultural perspective. And ultimately, there’s more to the complexity of the stars than a black-and-white, good or evil perspective!

It seems like, in recent years, Gemini has faced the most heat of all the zodiac. But why?

At the root of all rumors, maybe there is some truth (after all, there’s definitely a dark side to each zodiac sign). Geminis can indeed be unpredictable, flighty, and, yes, even the worst of their stereotypes — two-faced — from time to time.

At their core, they do fall under the Mutable modality, being easily changeable and flexible. Additionally, being an Air sign ruled by the planet of communication, Mercury, ensures an ability to charm anyone and anything onto their side. So it’s true – Geminis could easily use this power for deception.

However, the positive side of this is their ability to adapt and go with the flow, being more adventurous in discussion and open-minded than others.

Geminis are also capable of moving a conversation forward even when the party seems to have died down, and sometimes, in the stickiest of situations, it’s their moment of unexpected genius or whimsy that saves the day from disaster.

Perhaps unsurprisingly, Scorpio ranks second-place in the zodiac signs for their bad reputation, but this comes with the territory of being the enigma of the zodiac.

Scorpios seem to get a bad rep for emotional distance, but also emotional manipulation. They are claimed to be guarded and difficult to reach but also prodding and possessive. So what is the truth?

As confusing as it may seem, all of these claims can hold some water. Scorpio is a Water sign, holding the emotional intelligence and aptitude for intuition like its other watery companions, Pisces and Cancer. However, Scorpios are ruled by transformative Pluto in modern astrology and assertive Mars, the planet of war, in traditional astrology.

When a Scorpio trusts and loves someone, which may take longer than some of its Water sign peers, they can love hard — and in the experience of others, sometimes it seems to be too hard.

In healthy form, however, Scorpio can use their powers of perception for good and will adamantly protect anyone close to them with that Martian intensity and passion. They are truly capable of being powerful allies and strong companions.

With such a bold and beautiful presence, why would show-stopper Leo end up taking the stage on a top 5 “most hated” list?

It’s true, though: Leos, too, hold a bit of a bad reputation in recent years. The claims to their name include selfishness, possessiveness, and egotistical behavior. And like other signs discussed so far, it’s definitely possible for these traits to shine through a Leo sign.

Leo is a Fixed sign, capable of keeping their eye on one prize. For example, a fellow Fixed sign is Taurus, also known for its loyalty and steadiness. Both signs are capable of being possessive, which can be the shadow side of a Fixed nature.

But it’s Leo, not Taurus, who gets more heat for their possessiveness, whether it’s over the spotlight or a prized partner. Well, thanks to Leo’s Fiery nature, they’re simply more likely to be more open and possibly aggressive about what it is they want.

On the flipside, Leos can be passionate lovers and friends who will go to bat for the people they care about. And in healthy form, their love of the spotlight is actually capable of being shared if you’re in that select group.

A healthy Leo placement wants to see the best for those that they care about, too!

Full of energy, the initiator and, therefore, first of the zodiac, Aries, seems to be leaving a harsh impression from time to time.

Like Scorpio, Aries is ruled by the planet of war, Mars, and as a Fire sign, tends to leave more of a clear impression, easily more bold and obvious with their outgoing and sometimes aggressive nature.

They don’t get as harsh of a reputation as the others so far, likely because this behavior is perceived as more upfront, but it’s also not perceived as the most diplomatic approach. It’s true that Aries is capable of being a short fuse, competitive and stubborn at their cores.

But equally, Aries is also capable of being passionate and sweet lovers and friends. Although even in healthy form, an Aries energy can still be too chaotic for some, it’s sometimes the life of the party for others.

Poised and detail-oriented, the meticulous energy of Virgo is perhaps not for everyone.

Known for being judgemental and overbearing, Virgos can hold a bad rep for being impossible to please. It may seem like no matter what you do, it’s never enough for them or that they’re judging you before you even start working on the job.

Virgo often directs their attention to practical matters as an Earth sign, capable of noticing the fine details. You may also see a pattern of Mercurial signs getting a bit of a bad reputation so far, as Virgo, like Gemini, is ruled by the planet of communication.

Like Gemini, Virgo is unafraid to voice their ideas and concerns, and its Earthy nature may seem too nitpicky for some.

It’s actually probably true that Virgos are judging, but the zodiac would be out of balance without their exacting eye. Healthy Virgo placements will learn how to deliver criticism with grace and tact but still get the job done right.

Are any of your placements found on this list?

Whether they are or not, it’s actually more than likely that at some point, the narrative will shift from one set of signs to another. While today Gemini and Scorpio are at the top of the list, the tides may turn to lend the heat to a different set of signs in a few years.

Just remember that because every zodiac sign is capable of holding a shadow side, the signs we “hate” say way more about us as a collective community than those signs themselves. A set of traits may be culturally poorly received now but needed and popular at another time.

Twenty Centuries of Christianity in Georgia 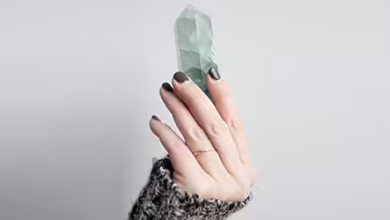