O! that you were your self; but, love, you are
No longer yours, than you your self here live:
Against this coming end you should prepare,
And your sweet semblance to some other give:
So should that beauty which you hold in lease
Find no determination; then you were
Yourself again, after yourself’s decease,
When your sweet issue your sweet form should bear.
Who lets so fair a house fall to decay,
Which husbandry in honour might uphold,
Against the stormy gusts of winter’s day
And barren rage of death’s eternal cold?
O! none but unthrifts. Dear my love, you know,
You had a father: let your son say so.
This sonnet returns to the theme of procreation as a defence against death and ruin. It is interesting also that it is the first in the sequence that contains an open and unequivocal declaration of love: but, love you are/ etc. in l.1; and especially Dear my love in l.13. Is there any significance, I wonder, in the main declaration being in the 13th line of the 13th sonnet? (See further commentary SonnetXIII )

The persistent undertone of time’s advance bringing winter, decay and death, here continues. The boy is urged to shore up his house against this eventual fate. But what seems to emerge more than anything from this poem is the inevitability and sadness of this demise, contrasted with the love and beauty which stands up bravely to fight against it, and the tenderness of the poet’s affection for the youth.

1. O! that you were your self; but, love, you areO! that you were yourself = I long for you to remain, as you are now, in your very essence, (self perhaps = soul), unchanged forever. In the light of what follows, it is a wish that seems to probe at the roots of identity – ‘What is the self, if it cannot remain unchanged and secure even for a brief moment?’ Prosaically it could be taken to mean ‘I hope you feel better’, but the succeeding lines suggest a more philosophic intent. but, love, you are etc. where the word love seems to be a vocative (my love), a direct address to the youth, rather than the more contorted ‘but you are love incarnate, but no longer in possession of yourself’ (no longer yours).2. No longer yours, than you your self here live:See above. No longer yours = your soul, self (you from the line above) is no longer a part of your body than the time of your life here. here = on this earth. You have no control of your time here on this earth. An early echo perhaps of Othello’s despairing conclusion:
But O vain boast! Who can control his fate? Oth.V.2.267-8.3. Against this coming end you should prepare,Against = To guard against, in preparation for.
end = death. But doubtless also with a suggestion of the Day of Judgement, the final end of all things. Cf.
Is this the promised end?
Or image of that horror? KL V III 263-4.4. And your sweet semblance to some other give:semblance = likeness.
to some other give i.e. to a child. Also with a suggestion of giving oneself in marriage.5. So should that beauty which you hold in leaseso should that beauty = the result would be that that beauty;
hold in lease – beauty is given by nature on leasehold, not freehold. (This is legal terminology)cf IV.3
Nature’s bequest gives nothing, but doth lend,
The gift of beauty is not an absolute gift, but conditional, and with a time limit on it.6. Find no determination; then you weredetermination = termination, end of lease. The legal terminology continues.
were = would be (a sort of subjunctive).7. Yourself again, after yourself’s decease,Your essence would survive even after your death. Here the use of yourself twice(or your self) in which the second one of them is mortal, suggests that self cannot exclusively refer to soul, but that it can have a whole range of meanings, such as being, essence, person, body, soul, identity. The soul presumably would not decease.8. When your sweet issue your sweet form should bear.Your children would resemble you. For the (over) use of sweet (in l.4 above also) see GBE p.126. He refers it to the Petrarchan tradition, and suggests that there might be an element of parody. Compare for example from Sidney:
With so sweet voice, and by sweet Nature so
In sweetest strength, so sweetly skilled withal,
In all sweet stratagems sweet Art can show, A&S.36.

form could be used in the neo-Platonic sense of essence, being. Otherwise, ‘shape, appearance’.9. Who lets so fair a house fall to decay,house = family, kin, lineage. Note that we still use such terms as ‘the house of Windsor’ referring to the royal family. The question is rhetorical, expecting the answer ‘No one, of course, is so idiotic’.10. Which husbandry in honour might uphold,husbandry = estate management, with suggestions of a.) good management; b.) farming, c.) husband. Compare:
the tillage of thy husbandry.6.
in honour = honourably; with honourable husbandry.11. Against the stormy gusts of winter’s dayA return to the winter scenes of Sonnets 5 and 6. The stormy winter threatens to destroy the house.12. And barren rage of death’s eternal cold?barren rage – The epithet is the more striking because it seems to be slightly misplaced, (one expects the barreness of death’s cold conquests to be highlighted, rather than the barrenness of rage). However rage can also be barren, as in Lear (All’s cheerless dark and deadly) KL.V.3.290. In thought it links forward to the barren wastes produced by death, death’s destructiveness being especially senseless and fruitless.13. O! none but unthrifts. Dear my love, you know,

unthrifts = prodigals, wastrels, those who abandon all husbandry, those who are irrresponsible.
Dear my love – for the implications of this dramatically intimate phrase, see further commentary SonnetXIII . Punctuation can alter the reference point of you know back to none but unthrifts, or forwards to You had a father. Thus ‘you know that only unthrifts do not look to the future’ or ‘you know you had a father (whose image you mirrored, as your children would mirror you)’. Both meanings are probably intended.14. You had a father: let your son say so.i.e., as urged in the previous sonnets, marry and have children. It is not known if this implies that the addressee had lost his father. Probably it does not. However it is likely that there is here an irreverent biblical reference to God the Father and the Son, especially as Father and Son are given capital letters in Q.

17 Candidates For the_Wife Of The Century Award 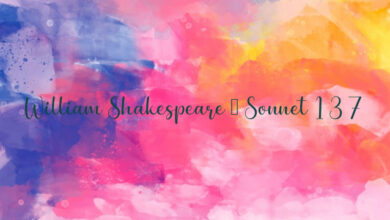 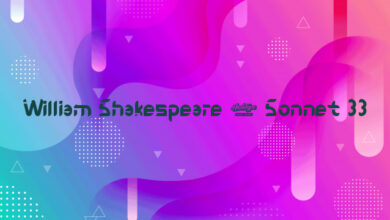 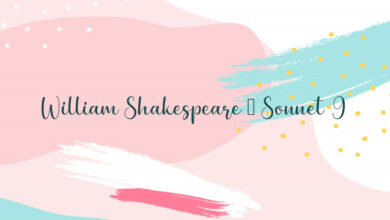