Not from the stars do I my judgement pluck;
And yet methinks I have Astronomy,
But not to tell of good or evil luck,
Of plagues, of dearths, or seasons’ quality;
Nor can I fortune to brief minutes tell,
Pointing to each his thunder, rain and wind,
Or say with princes if it shall go well
By oft predict that I in heaven find:
But from thine eyes my knowledge I derive,
And, constant stars, in them I read such art
As truth and beauty shall together thrive,
If from thyself, to store thou wouldst convert;
Or else of thee this I prognosticate:
Thy end is truth’s and beauty’s doom and date.
This sonnet introduces a variant of the procreation theme, tying it in with predictions of the future made, not through astrology (Astronomy), as would normally be expected, but through taking the youth’s eyes as stars in the heavens which foretell the future.

The comparison of stars with eyes is traditional love lore in which the beloved assumes the qualities of everything that is angelic and heavenly. Drayton, Sydney and other contemporary poets made use of it. (See the example from Sidney at the bottom of this page). Shakespeare implies here that the foreknowledge he has from the ‘stars’ of the youth’s eyes surpasses that derived from traditional astrology. He asserts that truth and beauty are doomed forever unless the young man chooses to perpetuate his line by having children.

NOt from the ſtars do I my iudgement plucke,
And yet me thinkes I haue Aſtronomy,
But not to tell of good,or euil lucke,
Of plagues,of dearths,or ſeaſons quallity,
Nor can I fortune to breefe mynuits tell);
Pointing to each his thunder, raine and winde,
Or ſay with Princes if it ſhal go wel
By oft predict that I in heauen finde.
But from thine eies my knowledge I deriue,
And conſtant ſtars in them I read ſuch art
As truth and beautie ſhal together thriue
If from thy ſelfe,to ſtore thou wouldſt conuert:
Or elſe of thee this I prognoſticate,
Thy end is Truthes and Beauties doome and date.

1. Not from the stars do I my judgement pluck;judgement = judgement or knowledge of the future;
pluck = obtain, seize. It does have a suggestion of reaching upwards, as in plucking an apple from the sky, and perhaps suggests the upward reaching hand of an astrologer bringing down knowledge from the stars. Possibly also a belittling sense, in that astrologers were notorious for plucking predictions from the bizarrest concatenations of planetary movements.2. And yet methinks I have Astronomy,methinks = I think;
Astronomy in Elizabethan times was much closer to what we would nowadays term astrology. It was not yet weighted down with knowledge of what the planets and stars actually are, as modern day astronomy is. There was a widespread belief that the stars, in their various conjunctions, had an important and direct influence on the life of humans, both on individuals, and on social institutions. See the sonnet by Sidney, given at the bottom of the page. He calls those who consider the stars to shine merely to spangle the night ‘dusty wits’, for to him their importance was much greater. They were an importance influence in human lives. Although his sonnet, like this one, by its conclusion is somewhat tongue in cheek. (Note that Sidney uses the term astrology. He also reads Stellas’s eyes as if they were stars). The poet here claims to ‘have Astronomy’, i.e he understands it as a science, and then he proceeds to tell us how his knowledge differs from that of the traditional astrologer (lines 3-8).
We tend to think of ourselves as a more rational age, but a recent president of the United States, Ronald Reagan, relied on his wife’s astrologer to forecast for him propitious days for work and policy decisions.3. But not to tell of good or evil luck,As astrologers would do. More or less the same as fortune telling is today.4. Of plagues, of dearths, or seasons’ quality;Almanacs would foretell such things.
plagues – this had contemporary relevance, as bubonic plague attacked the city of London many times in Shakespeare’s life, necessitating the closure of theatres and the removal of the royal court to a safer district. Anyone who had sufficient means would leave the city for the country at such times. 1593 and 1594 were particularly bad years in London.
dearths = famines, shortages. Not infrequent in those days;
seasons’ quality = the character of the various seasons, whether they would produce crops or not.
quality = character, nature, essence, capability. Cf. Hamlet:
Come, give us a taste of your quality. II.ii.440.5. Nor can I fortune to brief minutes tell,to brief minutes tell = predict with minute by minute accuracy.6. Pointing to each his thunder, rain and wind,Pointing to each = appointing (or pointing out) for each person; thunder, rain and wind these are taken as being symbolic of bad times in a person’s life. See the previous sonnet, where the stormy gusts of winter’s day are tokens of bad fortune in the shape of malaise befalling a lineage which cannot renew itself. Some commentaters have made heavy work of this line, referring each and his back to seasons in line 4, or minutes in line 5, but I believe the above interpretation is neater.7. Or say with princes if it shall go wellAstrologers and fortune tellers regarded it as an important part of their work to predict the fate of kingdoms. Critical dates in Elizabeth’s reign were 1588, which was connected to some biblical interpretation of the Babylonian captivity, and 1596 and 1603, which were her climacteric years. Many dire predictions were made for all those dates. Moore’s almanac is still printed annually, but mostly nowadays it is filled with fairly vacuous predictions.8. By oft predict that I in heaven find:By oft predict = by frequent predictions. Presumably deduced from conjunctions of the stars. oft as an adjective and predict as a noun are virtually unknown other than in this sonnet. KDJ accepts an emendation to aught.9. But from thine eyes my knowledge I derive,This gives the reason why he does not rely on conventional astrology. His beloved’s eyes are stars, from which he foretells the world’s future. Compare Sidney’s poem below.10. And, constant stars, in them I read such artconstant stars – the fixed stars were considered to be constant and reliable, in contrast to the wandering stars, or planets. The idea persisted, cf. Keats: Bright star, would I were steadfast as though art. (Sonnet, circa 1820). The beloved’s eyes are praised as being constant, unchanging stars, superior perhaps to the mutable stars in the skies upon which the astrologers relied.
I read such art = I derive such skill (art). When taken with the following line it expands to ‘I derive such skill that it enables me to deduce that etc.’11. As truth and beauty shall together thrive,As = that. See note to previous line. truth and beauty – truth could be taken as the inner quality, beauty as the external one. They were probably the chief ideals of Neo-Platonic philosophy, the moral and spiritual qualities to which all beings strived.12. If from thyself, to store thou wouldst convert;

If you would devote some attention to the question of procreation. store = increase, preservation; selection and reproduction of the best of a species. See the note to Sonnet 11:
Let those whom Nature hath not made for store,
convert = turn to, give your attention to. Also with the implication of turning away from (thy)self, being less self-centred. Compare:

And that fresh blood which youngly thou bestowest
Thou mayst call thine when thou from youth convertest.1113. Or else of thee this I prognosticate:Or else I foretell this result for you.
prognosticate = forecast future events. The poet takes a leaf from the astrologer’s book and makes his own prediction.14. Thy end is truth’s and beauty’s doom and date.The alternative to 11 & 12 above. Truth and beauty will not survive the youth’s own death, if he has not created children before then.
doom = death, destruction, fate.
date = final end, terminal date.

26
Though dusty wits dare scorn astrology,
And fools can think those lamps of purest light
Whose numbers, ways, greatness, eternity,
Promising wonders, wonder do invite,
To have for no cause birthright in the sky,
But for to spangle the black weeds of night:
Or for some brawl, which in that chamber high,
They should still dance to please a gazer’s sight;
For me, I do Nature unidle know,
And know great causes, great effects procure:
And know those bodies high reign on the low.
And if these rules did fail, proof makes me sure,
Who oft fore-judge my after-following race,
By only those two stars in Stella’s face.

dusty wits = earth bound, heavy minds; sad cases.
those lamps of purest light = the stars.
to have – this refers back to the lamps (stars) of line 2. ‘Some dusty wits and fools think that the stars have their birthplace in the sky for no other reason than to twinkle some light, and to dance a reel to please us’.
birthright = right to which birth entitles one. Used here metaphorically to signify place of birth and dwelling.
brawl = a kind of French dance. (OED.n.3.)
reign on the low = rule over the lowly, i.e. those who dwell in lower regions.
these rules = the principles by which stars influence humans.
did fail = should fail. proof = experience. fore-judge = foretell.
my after following race = my subsequent career, the subsequent course of my life.
Sidney argues that it is foolish to disbelieve in the influence of the stars, for he knows that Nature is not idle, but does things by design. Besides, he only has to look at the two stars which are Stella’s eyes, and they foretell all his future. Therefore the stars do influence us and it is foolish to scorn astrology. 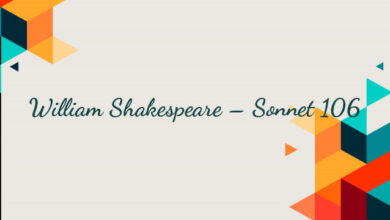 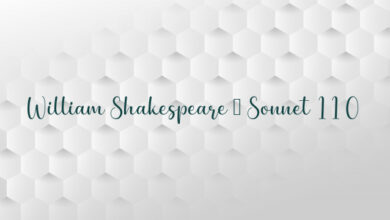 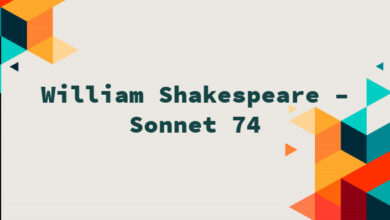 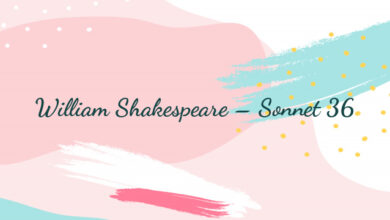