Cupid laid by his brand and fell asleep:
A maid of Dian’s this advantage found,
And his love-kindling fire did quickly steep
In a cold valley-fountain of that ground;
Which borrowed from this holy fire of Love,
A dateless lively heat, still to endure,
And grew a seething bath, which yet men prove
Against strange maladies a sovereign cure.
But at my mistress’ eye Love’s brand new-fired,
The boy for trial needs would touch my breast;
I, sick withal, the help of bath desired,
And thither hied, a sad distempered guest,
But found no cure, the bath for my help lies
Where Cupid got new fire; my mistress’ eyes.

This and the next sonnet are based on a poem in the Greek Anthology attributed to Marcianus Scholasticus (5th cent. AD). Shakespeare possibly saw an English translation circulated by one of his friends. (KDJ suggests Ben Jonson). The epigram describes how the sleeping Cupid is robbed of his love-brand by the Nymphs, who seek to quench it by plunging it in a fountain. The fountain heats up and the brand is not quenched, so that the Nymphs thereafter bathe in hot water. Shakespeare amplifies the poem by bringing in the idea that the fountain becomes a medicinal cure, but he finds that it cannot cure him from the pangs of love. The only cure for that is to bathe in his mistress’ eyes, the very place where Cupid fired his brand initially.

Were it not for the other 152 sonnets, we would consider these two final sonnets as fairly standard and belonging to the derivative tradition of sonnet writing which had been established and developed since the days of Petrarch (1304-1374). It was quite common to take a snippet from Greek mythology and work it into a poem. Compare for example the following sonnet from Richard Linche’s sonnets to Diella (c.1596):

CUPID had done some heinous act or other,
that caused IDALEA whip him very sore.
The stubborn boy away runs from his mother,
protesting stoutly to return no more.
By chance, I met him; who desired relief,
and craved that I some lodging would him give.
Pitying his looks, which seemed drowned in grief,
I took him home; there thinking he should live.
But see the Boy! Envying at my life
(which never sorrow, never love had tasted),
He raised within my heart such uncouth strife,
that, with the same, my body now is wasted.
By thankless LOVE, thus vilely am I used!
By using kindness, I am thus abused. Diella 18.

Idalea = Venus.
Scores of similar sonnets were doubtless written in the period. A courtier who felt himself obliged to woo a recalcitrant dame of the court in the traditional manner, yet doubted his own poetic talents, could easily find a professional sonnet writer to compose one for him. There is nothing particulary bad or inadequate about these two closing sonnets. It is only because we have been accustomed to seeing the poet’s heart laid bare throughout the sequence (or so we imagine it to be) that we are somewhat puzzled by two far more traditional offerings. Possibly they were written at a fairly early date, or, as has been suggested by Hutton ** who researched the background of these sonnets thoroughly, 154 was written first, and 153 was a second version, adapted more to fit the themes of the closing sonnets of the sequence to the dark lady. Whatever the explanation, there is no reason for doubting that they are genuinely Shakespearian, and their position here at the end of the series is entirely fitting and appropriate to the traditions of the period.

CVpid laid by his brand and fell a ſleepe,
A maide of Dyans this aduantage found,
And his loue-kindling fire did quickly ſteepe
In a could vallie-fountaine of that ground:
Which borrowd from this holie fire of loue,
A dateleſſe liuely heat ſtill to indure,
And grew a ſeething bath which yet men proue,
Againſt ſtrang malladies a ſoueraigne cure:
But at my miſtres eie loues brand new fired ,
The boy for triall needes would touch my breſt,
I ſick withal the helpe of bath deſired,
And thether hied a ſad diſtemperd gueſt.
But found no cure,the bath for my helpe lies,
Where Cupid got new fire;my miſtres eye.

1. Cupid laid by his brand and fell asleep:laid by = put aside. With a suggestion also of ‘laid down beside’.
his brand = his torch. Cupid sometimes was depicted carrying a torch, with which he set lovers’ hearts on fire. His more usual attributes were a bow and a quiver full of arrows, but in this case the poet is using the original idea in the poem from the Greek Anthology.2. A maid of Dian’s this advantage found,A maid of Dian’s – Diana was the goddess of the hunt, a virgin goddess who was traditionally accompanied by many maidens. These were also expected to be chaste. Being vowed to chastity they would be keen on emasculating Cupid of his powers. They hoped to do so by dipping his brand in the fountain.
this advantage found = stumbled upon this opportunity.3. And his love-kindling fire did quickly steephis love-kindling fire = his brand, which set hearts aflame with love (see line 1). Throughout the poem, and 154, there is a hint that brand = penis, the ardour of which supposedly can be cooled by immersion in a well or fountain (of pleasure or coolness), the female vagina. (See the note to line 4). The imagery then shifts slightly to include the possibility that the hot fire is that of syphilis with which the lover becomes infected, and possibly re-infects his beloved. The hot fountain then suggests the sweating tubs or vats into which the sufferer was immersed as a cure for the disease. (Suffumigation with cinnabar in a meat pickling vat is a remedy quoted by A.H.B. Doran in a chapter on medicine in Shakespeare’s England, Vol 1., Oxford 1916, p.493).
steep = plunge into, soak in.4. In a cold valley-fountain of that ground;

a cold valley-fountain – see the note above. For the sexual imagery compare the extract from Venus and Adonis below, where Venus fondles Adonis in her arms:
‘Fondling’,’she saith, ‘since I have hemm’d thee here
Within the circuit of this ivory pale,
I’ll be a park, and thou shalt be my deer;
Feed where thou wilt, on mountain or in dale:
Graze on my lips; and if those hills be dry,
Stray lower, where the pleasant fountains lie.
Within this limit is relief enough,
Sweet bottom-grass and high delightful plain,
Round rising hillocks, brakes obscure and rough,
To shelter thee from tempest and from rain. VA.229-238.

of this ground = in the vicinity, in that area.5. Which borrowed from this holy fire of Love,which = the fountain.
borrowed = acquired, assumed, derived the quality of.
this holy fire of Love = the brand of line 1, but also, figuratively, the passion of love. Possibly a Spoonerish pun on ‘fiery hole’ of love. The ‘fountain’ became hot with love’s power when the brand was plunged in it.6. A dateless lively heat, still to endure,dateless = timeless, without end.
lively = full of life, spirited, vigorous.
still to endure = which would last for ever.7. And grew a seething bath, which yet men provegrew = became, transformed itself into.
a seething bath = a bubbling bath. The description suggests one of the medicinal hot springs.
which yet men prove = which even to this day men find by experience is etc.8. Against strange maladies a sovereign cure.Against = for, to combat.
strange maladies = exotic and inexplicable diseases, foreign diseases. Syphilis was known as the French malady, in the belief that it came from France. Some authorities thought that it originated from Italy.
sovereign = all powerful, supremely potent. OED.II.3. gives examples of the word used in connection with remedies and medicines, including Telling me, the Soueraign’st thing on earth Was Parmacity, for an inward bruise. 1.H4.I.3.57.9. But at my mistress’ eye Love’s brand new-fired,

my mistress’ eye – see the note to 148 line 9. Cupid often took up residence in the beloved’s eyes, face, breast, heart. Here the conceit is that the brand is recharged at her eyes. This and the remaining 5 lines link the sonnet to the dark lady sequence, in that the poet talks of his mistress and the experience of loving her, rather than expanding the general conceit of the properties of Love’s brand with which the poem started.10. The boy for trial needs would touch my breast;The boy = Cupid.
for trial = to test it (the brand).
needs would = insists that he must.
touch my breast – i.e. with the brand.11. I, sick withal, the help of bath desired,sick withal = ill as a result of this.
the help of bath desired = desired the help of the seething bath. The absence of a definite article suggests that it is the bath mentioned in line 7, as if he were saying ‘I required the aid of the said bath’. Some have suggested that the spa at Bath is intended, which was known for its healing properties in Elizabethan times.12. And thither hied, a sad distempered guest,thither = to that place.
hied = hastened, sped.
sad = gloomy, depressed.
distempered = out of sorts, out of temper, diseased. The word is usually applied to mental state, but occasionally has a more bodily application. Compare:
Then you perceive the body of our kingdom
How foul it is; what rank diseases grow
And with what danger, near the heart of it.
WARWICK It is but as a body yet distempered;
Which to his former strength may be restored
With good advice and little medicine: 2H4.III.1.38-43.13. But found no cure, the bath for my help liesthe bath for my help = the only bath which would help me.
lies = is to be found, is situated.14. Where Cupid got new fire; my mistress’ eyes.

Where Cupid got new fire – The idea that Cupid recharged himself, or discovered himself, in the body of the beloved, is common among the sonnet writers. Sidney describes how Cupid hoped to obtain fire from Stella:
At length he perched himself in Stella’s joyful face,
Whose fair skin, beamy eyes, like morning sun on snow,
Deceived the quaking boy, who thought from so pure light
Effects of lively heat must needs in nature grow.
But she most fair, most cold, made him thence take his flight
To my close heart, where while some firebrands he did lay,
He burnt un’wares his wings, and cannot fly away. A&S.8

Samuel Daniel uses a similar idea to that used in this sonnet in ‘The Complaint of Rosamond’.
…………………………….O myracle of loue,
That kindles fire in water, heate in teares, Ros.394-5. 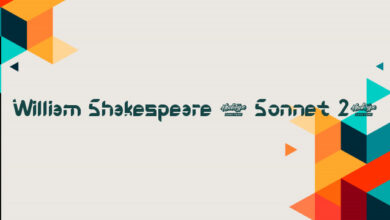 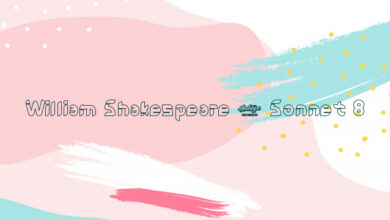 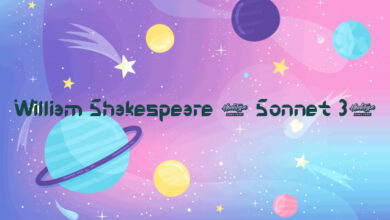 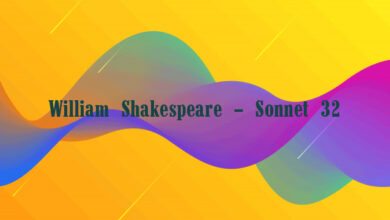