Those hours, that with gentle work did frame
The lovely gaze where every eye doth dwell,
Will play the tyrants to the very same
And that unfair which fairly doth excel;
For never-resting time leads summer on
To hideous winter, and confounds him there;
Sap checked with frost, and lusty leaves quite gone,
Beauty o’er-snowed and bareness every where:
Then were not summer’s distillation left,
A liquid prisoner pent in walls of glass,
Beauty’s effect with beauty were bereft,
Nor it, nor no remembrance what it was:
But flowers distilled, though they with winter meet,
Leese but their show; their substance still lives sweet.

This and the following sonnet are written as a pair.

The poet laments the progress of the years, which will play havoc with the young man’s beauty. Human life is like the seasons, spring, summer, autumn’s maturity and fruition, followed by hideous winter. Nothing is left of summer’s beauty except for that which the careful housewife preserves, the essence of roses and other flowers distilled for their perfume. Other than that there is no remembrance of things beautiful. But once distilled, the substance of beauty is always preserved. therefore the youth should consider how his beauty might be best distilled.

1. Those hours, that with gentle work did frameThe time of your growing up, which made you what you are.
with gentle work – Nature is portrayed as a gentle artificer, making things with kindness, but later becoming tyrannous and harsh.
frame = make, but contains the suggestion of making into a structure, or scaffolding.2. The lovely gaze where every eye doth dwell,where = whereon, on which. The youth’s beauty is typified by his gaze, which perhaps stands for his eyes, or his appearance, or his manner of looking at the world. See Miranda’s exclamation on seeing Ferdinand:
What is’t? A spirit? Lord how it looks about! Tem.I.ii.4123. Will play the tyrants to the very sameplay the tyrant = will be tyrannical, will be like a tyrant. Possibly with a reference to the empty bragging of a stage tyrant. See Hamlet’s speech to the players Ham.III.2.1-14. Tyrants traditionally behaved with cruelty.
the very same must refer to ‘the lovely gaze’.4. And that unfair which fairly doth excel;unfair = make ugly. Unfair is used here as a verb.
which fairly doth excel = which excels in beauty, fairness.5. For never-resting time leads summer on

leads summer on – this suggests duplicity, as for example in the modern phrases ‘to lead up the garden path’, ‘to lead by the nose’.6. To hideous winter, and confounds him there;hideous winter – Winter was often depicted as a hag dressed in filthy clothing.
and confounds him there = and destroys him (summer) there, where winter reigns.
Confounds = destroys. Also suggests thwarts, reduces to perplexity. From the Latin confundere – to pour together, mix confusedly.7. Sap checked with frost, and lusty leaves quite gone,checked = stopped, held back; Frost prevents the sap from rising. lusty = vigorous, full of growth and energy.8. Beauty o’er-snowed and bareness every where:o’er-snowed = covered with snow.9. Then were not summer’s distillation left,were not = If (summer’s distillation) had not been preserved. This refers to the distillation of perfume from fragrant flowers, such as roses. Rosewater was much in demand for sweetmeats, confections and kissing-comfits.10. A liquid prisoner pent in walls of glass,The distillate would be kept in a glass vessel, a vial. See the next sonnet.11. Beauty’s effect with beauty were bereft,

Beauty’s effect = the action or force beauty exerts on the world. with = at the same time as, together with.
were bereft = would be lost. We may paraphrase, ‘If beauty were to die, the beneficial effects of beauty would die with it (if we did not save them by distillation)’.12. Nor it, nor no remembrance what it was:A verb is understood here, such as ‘would survive’. ‘Neither the thing itself (beauty), nor any remembrance of what it was like, would survive’.
Nor it, nor no = neither it, nor any.13. But flowers distilled, though they with winter meet,

distilled – see line 9.
though they with winter meet = although winter overtakes and destroys them.14. Leese but their show; their substance still lives sweet.

Leese = loosen, release.
but = only.
their show = their outward appearance (with a suggestion of showiness, frivolity).
substance = essence, essential being. Neo-Platonic philosophy made much of the distinction between shadow and substance.
still = always, ever. 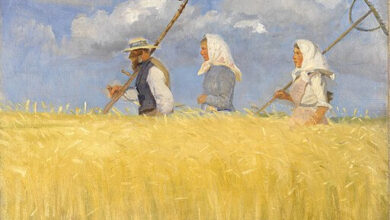 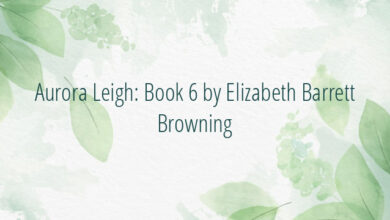 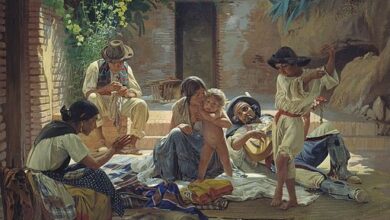 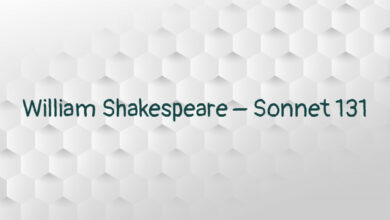