Then let not winter’s ragged hand deface,
In thee thy summer, ere thou be distilled:
Make sweet some vial; treasure thou some place
With beauty’s treasure ere it be self-killed.
That use is not forbidden usury,
Which happies those that pay the willing loan;
That’s for thy self to breed another thee,
Or ten times happier, be it ten for one;
Ten times thy self were happier than thou art,
If ten of thine ten times refigured thee:
Then what could death do if thou shouldst depart,
Leaving thee living in posterity?
Be not self-willed, for thou art much too fair
To be death’s conquest and make worms thine heir.
The theme of the previous sonnet, that summer’s beauty must be distilled and preserved, is here continued. The youth is encouraged to defeat the threatened ravages of winter by having children. Ten children would increase his happiness tenfold, since there would be ten faces to mirror his. Death therefore would be defeated, since he would live for ever through his posterity, even if he should himself die. He is much too beautiful to be merely food for worms, and must be encouraged not to be selfish, but to outwit death and death’s conquering hand.

winter’s ragged hand: winter was often depicted as wearing rags. Also, being destructive, it would make the things it touched look ragged.
deface – in addition to the general sense of disfigurement, it refers also to the wrinkles of old age which deface the visage of youth.

See also the further commentary on Sonnet642. In thee thy summer, ere thou be distilled:Spring and summer seem to refer interchangeably to the youth at his best.
ere thou be distill’d = before a distillation is made of your essence. Before you have children. The petals of flowers were boiled and distilled to extract the perfume. The distillate was stored to be used in cosmetics and in the making of confectionery.3. Make sweet some vial; treasure thou some placevial = phial, a small vessel for liquids, usually made of glass. treasure thou some place = enrich some place, some maiden’s womb with your treasure (seed, children).4. With beauty’s treasure ere it be self-killed.beauty’s treasure = the treasure of your own beauty. Also, semen. ere =before. His beauty would be self-killed by his refusing to have children, and his seed would be destroyed if it were not placed in a womb. The man’s seed was considered to be the essential substance for the generation of new life. Women’s function in the reproductive process was not understood. The woman was thought to be no more than the vehicle for carrying the man’s progeny.5. That use is not forbidden usury,

A return to the money lending imagery of Sonnet 4. 7-8.
use in the technical sense of usufruct, interest, making money by lending it out. Usury was considered sinful, but a ten percent return on money was legally permitted. The usurers performed the function of modern day banks. See GBE, p.120 Note on VI.5.6. Which happies those that pay the willing loan;happies = makes happy. those refers to the borrowers.
the willing loan = a loan given (and taken?) willingly. The implication is that beauty could be lent out and repaid with interest, by the mother and by the children she bore to the man.7. That’s for thy self to breed another thee,That’s for thy self = which would be the case if you bred a copy of yourself, (as the usurers breed copies of their money).8. Or ten times happier, be it ten for one;happier = more fortunate, as well as happier.
be it ten for one = should you have ten children rather than one.9. Ten times thy self were happier than thou art,

Having ten children would make you ten times happier than if you only had one child, or certainly happier than you are in your present childless situation.10. If ten of thine ten times refigured thee:

If ten children of yours existed, making ten images of you. But with a suggestion that the ten children could also breed, thus ‘refiguring’ him still further with grandchildren. The repetition of ten, five times in three lines, seems to hammer the point home.  He would be at least a hundred thousand times happier than he is in his present state.11. Then what could death do if thou shouldst depart,Evidently this line has biblical overtones. ‘Oh death where is thy sting? Oh grave thy victory?’

if thou shouldst depart = if you should die.12. Leaving thee living in posterity?Since you would still be alive hereafter. Leave has the meanings of depart, die, and bequeath. So that the youth would bequeath himself to posterity through his children. Posterity also had the meaning of perpetuity.13. Be not self-willed, for thou art much too fair

death’s conquest = that which is conquered, overthrown, by death. One who dies (or who has an orgasm). Also apparently there is a legal meaning of conquest: (OED.6) – property acquired by means other than inheritance (usually by force of arms).
make worms thine heir: instead of leaving an heir in the normal way, he would leave worms breeding from his corpse. Only worms would profit from his death.

Blockchain, what is it? 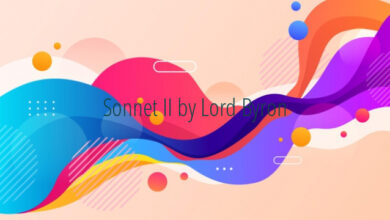 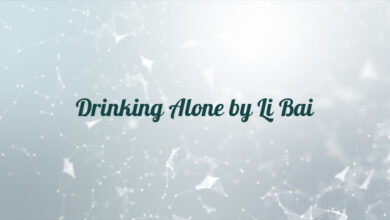 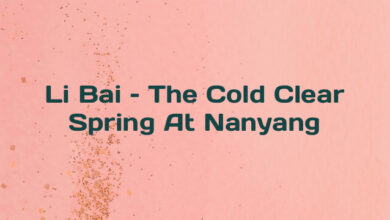 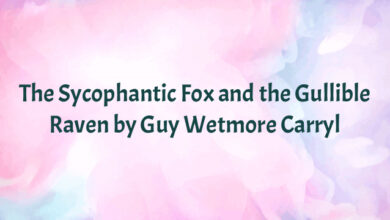 The Sycophantic Fox and the Gullible Raven by Guy Wetmore Carryl